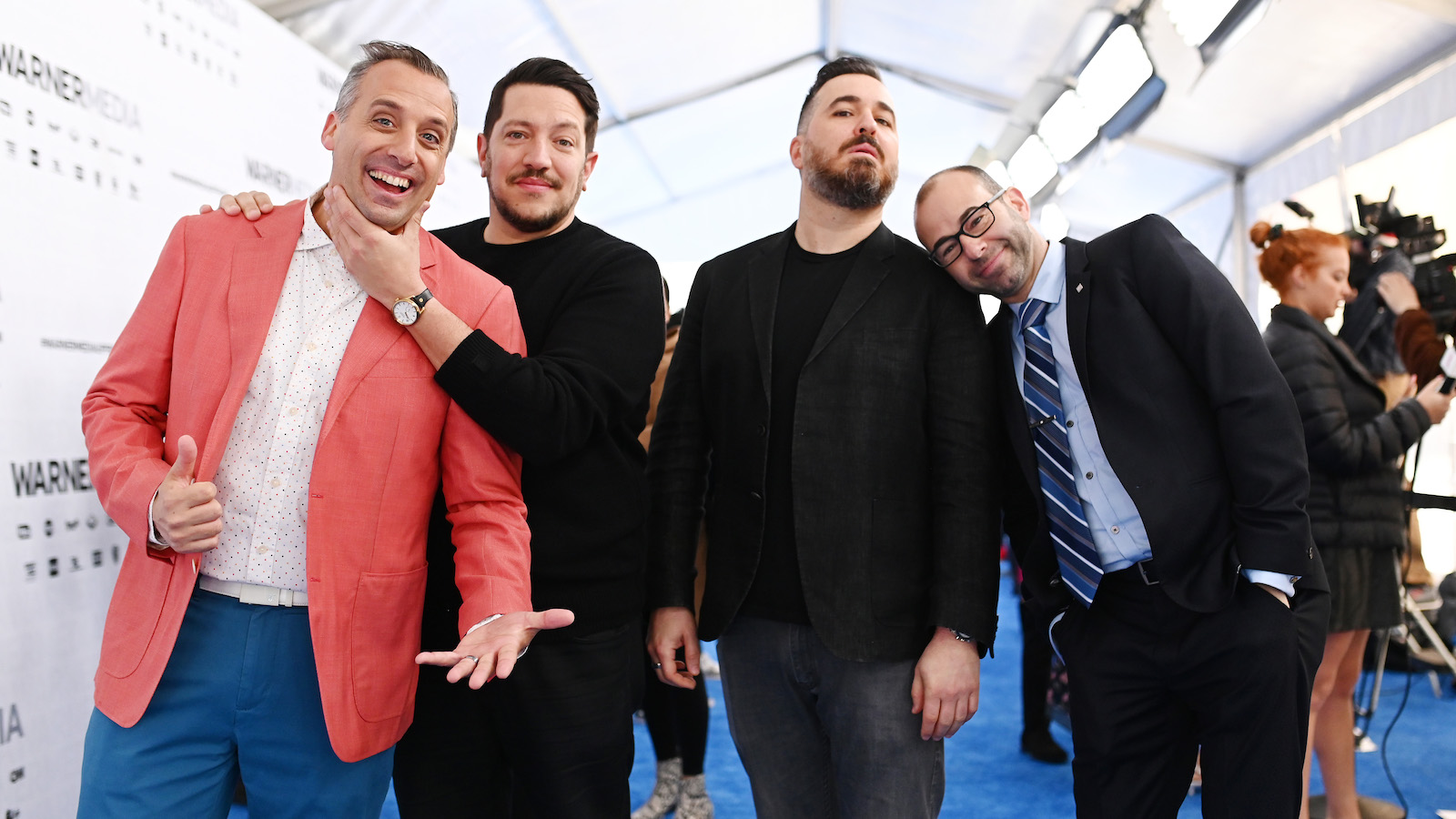 Fans of the hidden camera prank show the Impractical Jokers can finally laugh again because the truTV staple is coming back in a big way.

On April 2, the show will feature a “supersized” with celebrity guest comedian Eric André, according to a news release. The rest of the newest season, which is currently being filmed, will feature episodes with a series of “hilarious celebrity guests.”

While Joe Gatto is officially out of the Jokers, Brian “Q” Quinn, James “Murr” Murray, and Sal Vulcano continue the tradition of pranks and hijinks that made them one of the most popular comedy groups of the modern era.

The upcoming tenth season of the show will be 26 episodes long. The Impractical Jokers also released a movie in Febr. 2020 grossed $10 million on a $3 million budget.

The super episode will be shared simultaneously on truTV, TNT, and TBS. It will not feature Gatto. The original cast member left the show recently, citing “issues” in his personal life, which included separating from his wife of almost ten years, Bessy Gatto.

“I just wanted to let you all know that I will no longer be involved with Impractical Jokers,” he wrote in an Instagram post. “Alongside my friends, I’ve devoted a decade of my life to building this franchise and couldn’t be prouder of what has been accomplished. However, due to some issues in my personal life, I have to step away.”

Gatto said he wanted “to focus on being the best father and co-parent to our two incredible kids.”

There was rampant speculation about who would replace Gatto on the show. Many signs pointed to frequent guest star Joey Fatone, but the decision to feature a revolving door of celebrities bodes well for the show and shows that the boys aren’t done doing pranks just yet.

The jokers reportedly get about $50,000 per episode, and each of them are millionaires in their own right, according to Distractify. In addition to the show, they do performances at stadiums and put on Impractical Joker cruises and regularly tour as individuals as well. The newest season of the show has the potential to be the most popular ever with the addition of the unknown celebrity guest hosts, as well as the buzz surrounding Gatto’s departure.

André is pretty much the perfect choice to guest star as the comic is having a pretty incredible 2022 so far. He’s currently in season two of The Righteous Gemstones and he was featured in the new Jackass movie.

The latest season of Impractical Jokers will debut in April.