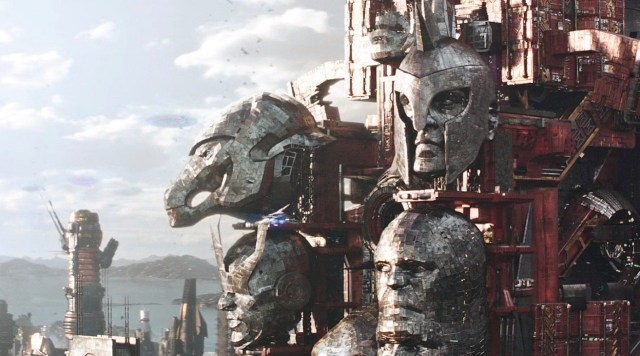 Warning: This article contains spoilers for She-Hulk: Attorney At Law

The finale of She-Hulk: Attorney At Law has shocked fans in so many ways. But one of the big reveals was the return of Bruce Banner from space as he introduce his family to his son, Skaar. He also reveals where he went after the events of episode one – he had been on the junk planet Sakaar all this time and that’s why no one had been able to contact him.

But it has been a while since we visited the planet where all the gladiatorial battles took place for the amusement of its former ruler, the Grandmaster. The MCU has come so far since its days when every major event only occurred on Earth. We have been to multiple planets and keeping track of which is which could become a tedious task.

So, here is a quick refresher on Sakaar seeing that its significance in the MCU just got a major boast.

What is Sakaar in the MCU?

Sakaar was introduced in the MCU back in Phase one, though it was first mentioned in Thor: Ragnarok. It was a planet run by the Grandmaster, before The Hulk, Thor, Loki, and Valkyrie escaped and made their way to Asgard, post which the citizens started an uprising.

Apart from being known for its gladiator battles — though it is yet to be confirmed whether they still take place given that the Grandmaster is no longer ruling the planet — it’s also a garbage dump for multiple planets due to wormholes distributing space waste onto it. The Hulk made his way to Sakaar after the events of Avengers: Age of Ultron when he traveled into a wormhole and became a known gladiator on that planet, refusing to return back to his human form and keeping the consciousness of Bruce Banner suppressed for two whole years.

While the Hulk did introduce his son to his family, it is currently unknown (at least in the MCU as the comic books have all the answers) who the mother is or if his son was conceived during the events of Thor: Ragnarok, though it is the most likely explanation as Hulk was super popular as the Grandmaster’s Champion. It would come as no surprise if the normally enraged Hulky felt a little too lonely on the planet and bonded with someone.

All episodes of She-Hulk: Attorney at Law are available to stream on Disney Plus.