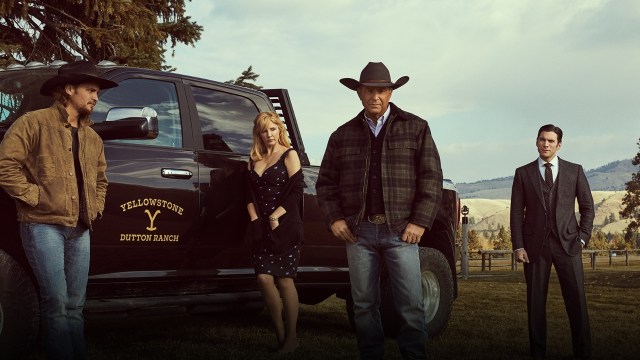 Fans are counting down the days until the season 5 premiere of Paramount’s number one series, Yellowstone, and the teaser trailer released today is pulling at our heartstrings, which have been teetering on the edge for quite some time now.

John Dutton is seen pacing around the ranch, looking at the land he fights so hard to protect, and fervently hoping the idea he has in his head about his late wife is wrong.

“It must break my wife’s heart to look down and see what a mess I’ve made of this family and the sacrifice it took to give us a home.”

Fans were made privy to her heartbreaking death in flashbacks during the first season, and it’s clear that the hole she left in John’s heart as well as in his life has never healed. He’s a man who made a promise and fights like hell to keep it, but he’s constantly second-guessing his decisions.

We’re then greeted by Governor Dutton on a podium as he gives a speech to the crowd, while an ominous promise rings in the background.

“Sacrifice is exactly what we’re going to do.”

While we’ve yet to see John take on any role apart from being a ranch owner and a patriarch, we know he’ll lead the state with the same passion and dedication he gives to his family. After all, they are the reason he took up the office, to begin with.

The trailer also shows Kayce and Monica sharing a tear-filled moment on the front porch, and fans are anxious to see what the future holds for them after Kayce’s season four vision quest.

Rip and Beth seem to share a more loving scene, but seeing that there is no dialogue providing any context, we will have to rely on our imagination until the upcoming season kicks off. Here’s hoping they can all find some happiness.

Yellowstone’s exciting fifth season kicks off with a two-hour television event on Nov. 13.