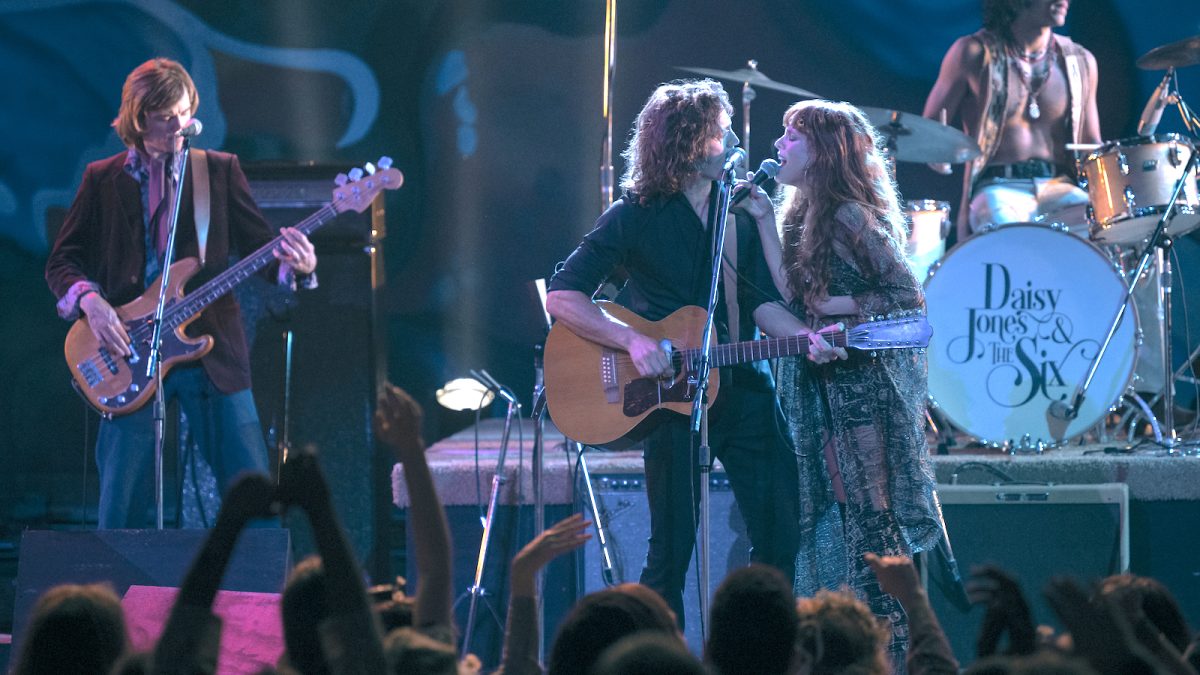 The teaser trailer for Daisy Jones & The Six has sent waves around social media as people get hyped up about the upcoming music-themed drama. Fans of Phoebe Bridgers are also excited as rumors are circulating that the singer will be playing a role in the show. But what do we know about her involvement so far?

What is Daisy Jones and The Six?

Daisy Jones and The Six is an upcoming Amazon Prime Video miniseries. The show is based on the book of the same name written by Taylor Jenkins Reid. It will be presented like a documentary covering the rise and fall of popular (but fictional) rock band Daisy Jones and The Six, a group that burst from the LA music scene and was set to become one of the world’s biggest bands before they suddenly broke up under mysterious circumstances.

The real reason for the band’s disbandment remained a secret for years. However, when the group agrees to do a documentary about their lives and careers, old grudges and dramas are revealed for the first time.

Is Phoebe Bridgers involved in the production of Daisy Jones and The Six?

According to Variety, the fictional band from the show will be releasing an album. This album, titled Aurora, will feature many big-name musicians co-writing tracks. These include Marcus Mumford, Jackson Browne, Taylor Goldsmith, Madison Cunningham, Chris Weisman, James Valentine, and Phoebe Bridgers.

The album will also feature the playing skills of many talented instrumentalists, including ones who have previously worked with massive names like Rilo Kiley, the Who, Nine Inch Nails, Pearl Jam, David Bowie, Elton John, Jeff Beck, and the Wallflowers.

However, it isn’t currently known who worked on which tracks, so fans of each musician will have to wait until the album comes out to get the complete picture.

The album will release alongside the show on March 3rd this year, and the tracklist is confirmed to be:

The album was helmed by Blake Mills, a Grammy-winning songwriter and instrumentalist. In a press release promoting the album and the show, Mills says:

“Creating the library of music for ‘Daisy Jones and the Six’ was an experience I’ll never forget. I am grateful that, among other things, it afforded me an opportunity to collaborate with so many of my peers, and also some of my heroes.”