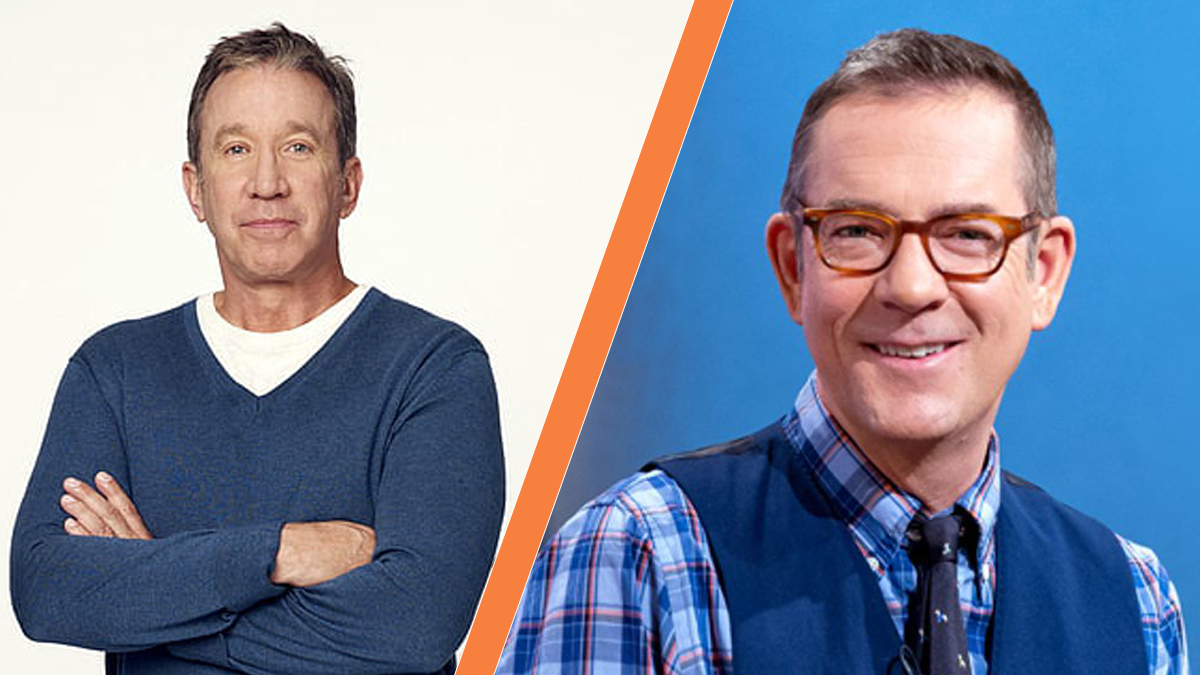 One is a hyper-masculine conservative with a tool fetish. The other is a queer icon and renowned cuisine expert with wicked knife skills, and they’ve come to improve your home … and fight crime! Well, not really, but you have to admit it’s a pretty good pitch for The Odd Couple. And also a point of confusion. Are Tim Allen, of Home Improvement fame, and Ted Allen, Chopped host and the breakout food and wine connoisseur from Queer Eye for the Straight Guy, related?

First of all: No. While the two men would be a delightfully mismatched pair of siblings or cousins in a sitcom in real life the two are not related at all. And they couldn’t have less in common.

Edward Reese Allen, known as Ted Allen to his fans, grew up in Ohio and Indiana and went into journalism after graduating from Purdue University. He eventually became a senior food editor and went on to work as a contributing editor for Esquire, writing features, food, and wine criticism, and regularly contributing to the magazine’s popular “Things a Man Should Know” series.

Allen found “overnight” success in 2003 when he served as the first food and wine specialist for the hit makeover series Queer Eye for the Straight Guy. After the series was canceled, Ted would go on to lend his food knowledge to a variety of programs eventually going on to host Food Network’s Food Detectives and Chopped. He’s also wrote two cookbooks of his own.

Allen is (quite obviously) openly gay and has been married to his husband, interior designer Barry Rice, since 2013. The couple has been together for nearly 30 years. While Allen is not vociferously political, an examination of his social media reveals that he is at the very least left-leaning in his political views.

No one will be mistaking Tim Allen for someone who leans even slightly left. The stand-up comedian (who is currently facing allegations of sexual misbehavior on the set of Home Improvement) and star of The Santa Clause franchise isn’t even really named Tim Allen. Allen’s real name is Timothy Alan Dick. Allen adopted his stage name when he was offered a position on a local Detroit MI talk show. The producer was hesitant to hire Tim Dick under his real name, so he opted to be known as Tim Allen instead.

Allen was born in Colorado but grew up in Michigan after his family relocated following his father’s death in a car accident. He graduated with a BS in communications from Western Michigan University. On October 2, 1978, Allen was arrested at the Kalamazoo/Battle Creek International Airport for possession of nearly one and a half pounds of cocaine. He served two years and four months in a federal correctional institution after pleading guilty and providing names of other dealers. Allen would have faced a life sentence had he not copped the plea.

Allen re-embarked on his stand-up journey following his release from prison. He appeared on The Tonight Show in 1991 and subsequently rose to fame as the star of Home Improvement. Allen rose to greater fame on the strength of the animated Toy Story franchise.

Allen is a longtime supporter of the GOP and has often chastised what he considers Hollywood’s progressive values. He has been critical of those that participated in the January 6, 2021 Capitol attack, categorizing it as an embarrassment. Allen has been married twice. He has been married to Jane Hajduk since 2006.