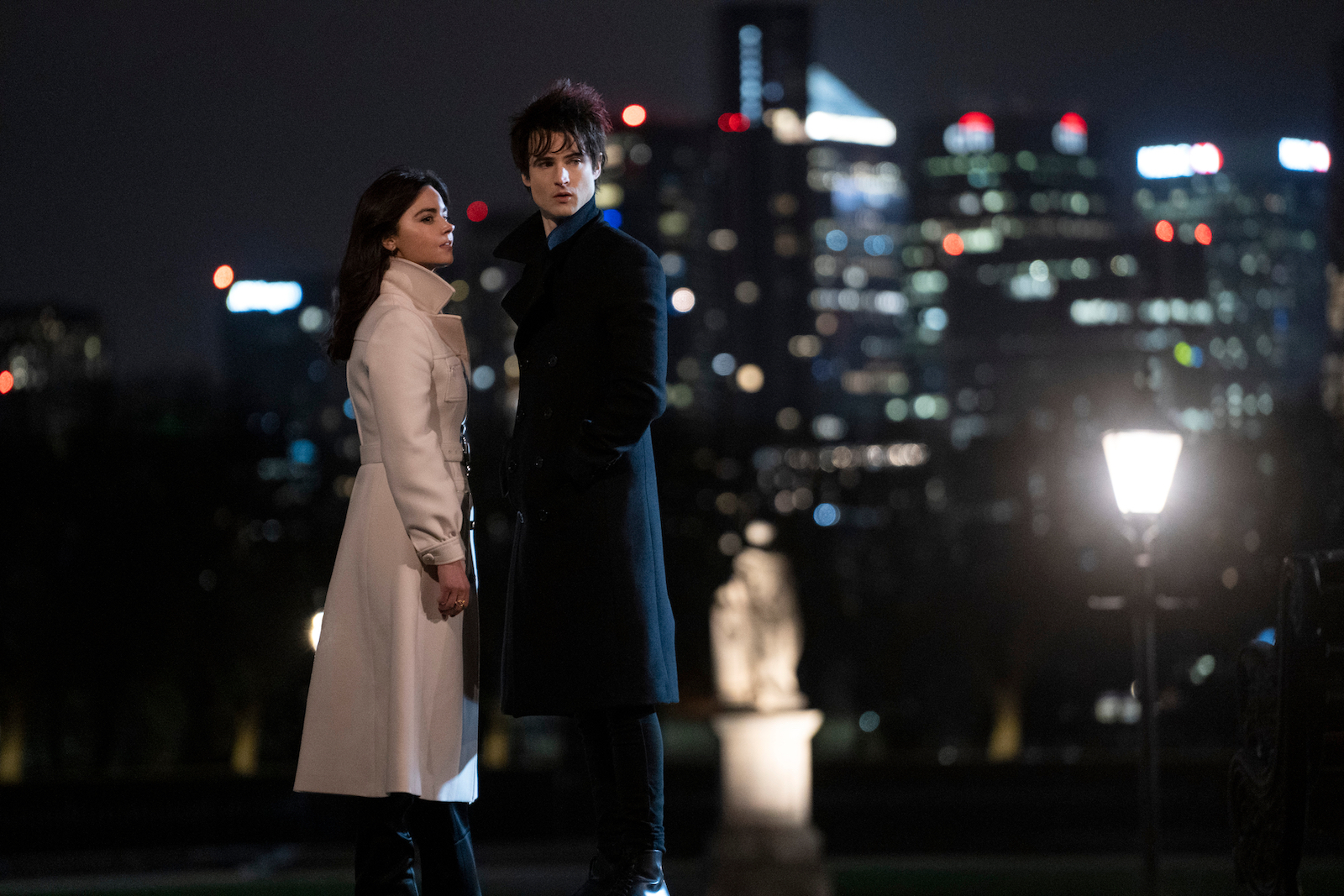 The Sandman. (L to R) Jenna Coleman as Johanna, Tom Sturridge as Dream in episode 103 of The Sandman. Cr. Liam Daniel/Netflix © 2022

Fans should be used to different takes on DC Comics’ Liverpudlian black magic user John Constantine. The character has been played by a vast array of voice actors, Matt Ryan in DC’s CW TV series and even Keanu Reeves himself in the 2005 feature film that was (very) loosely based on the comics. But they’ve never seen a version like Jenna Coleman’s.

Coleman will be playing a gender-switched version of the London wizard in Netflix’s upcoming adaptation of Neil Gaiman’s The Sandman but the changes to the character will go a bit deeper than just that presentation. Fans expecting the rumpled, chain-smoking, punk-coiffed social disaster originated by author Alan Moore can expect a different sort of Constantine. But author and producer Neil Gaiman says she just may end up coming closer to the heart of the character.

“Jenna brought this glorious, heartbroken, wounded, bitter, sass to it,” Gaiman stated during Netflix’s Sandman Cast Panel earlier today. “That’s exactly what I was trying to into the original comic with John, only it’s that but more so.”

Fans will at least get to see the character wearing the iconic trench coat. Although it looks as if it came off the racks of Harrod’s as opposed to being picked up from the floor of a punk show. This Constantine, known as Johanna rather than John, is a bit more particular when it comes to fashion.

“She’s a bit posh,” says showrunner Alan Heinberg. “She operates in a world that’s sort of at a higher level. I mean, the Queen and the royal family are clients. “So, perhaps we won’t see her dining on hamburgers for breakfast.

One thing that will remain constant between Constantines though is the character’s deep abiding cynicism, ad the heart of gold that lurks beneath. At the panel, Coleman revealed it’s what drew her to the role.

“The character just was so fleshed out, the voice, everything kind of came to me straight away. The idea of her being the lone kind of ranger in the world with this tough exterior and her cynicism and a wryness and wit to kind of not let anybody get close. Quite a tortured soul like, with a big compassionate heart underneath”

The Sandman premieres on Netflix on Aug. 5.