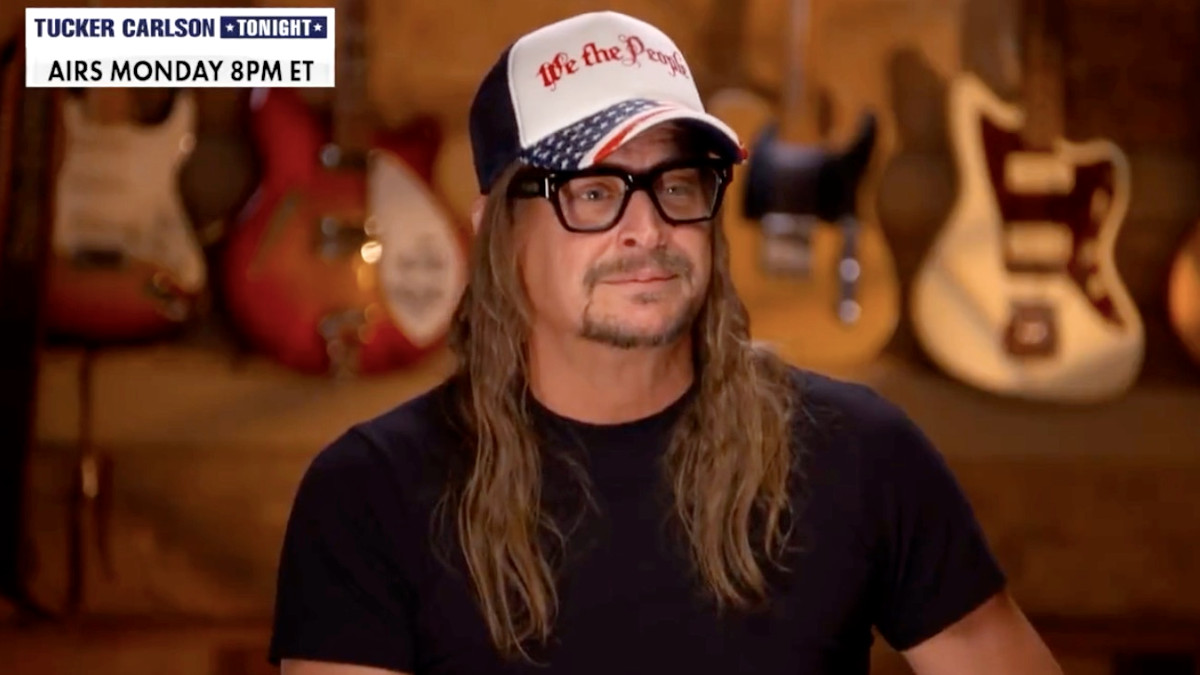 Tucker Carlson sat down with the esteemed Kid Rock for an interview airing Monday night, and over the weekend, the Fox News host teased the segment with a 20-second clip on Twitter, writing that “nothing is off the table.”

Earlier this year, the 51-year-old made headlines when he announced that he would not be performing at any venues that had COVID-19 safety protocols in place for his Bad Reputation tour, around the same time that he released a new Fauci-bashing single. Yet, Kid Rock explained to Carlson why none of these shenanigans have gotten him “canceled” yet.

“Why haven’t you been canceled?” Carlson asked the rapper, born Robert James Ritchie, in the clip. “People aren’t allowed to say what they think. You are.”

“I’m uncancellable,” Kid Rock said defiantly, as smoke tastefully wafted up in the air from the lit cigarette he was holding in one hand.

“Because I don’t give a fuck,” he elaborated when Carlson asked him why. “And I’m not in bed with any big corporate things. At the end of the day, there’s nobody I’m beholden to. No record companies, no corporate interests, no nothing. You can’t cancel me. I love it when they try.”

Indeed. Ahead of the interview, on Saturday night Carlson was likewise spotted at Kid Rock’s Big Ass Honky Tonk restaurant in Nashville, where TMZ reports the host was given the “VIP treatment.”

We’re told Tuck was whisked away to the VIP “Cadillac P***y Room,” and eventually took in the musical showdown below from an upper deck area … where he and Kid were chopping it up and enjoying some beverages.

Eyewitnesses even say that Kid got on the mic at one point and announced that Tucker was in the house, to which the audience roared and chanted “USA.” There were other types of chanting too, BTW.

Kid Rock apparently also got a “Let’s Go Brandon” chant popping off; the childish euphemism used by the alt-right to substitute for “F**k Joe Biden.”

The interview already sounds like it’s going to be quite the meeting of the minds.