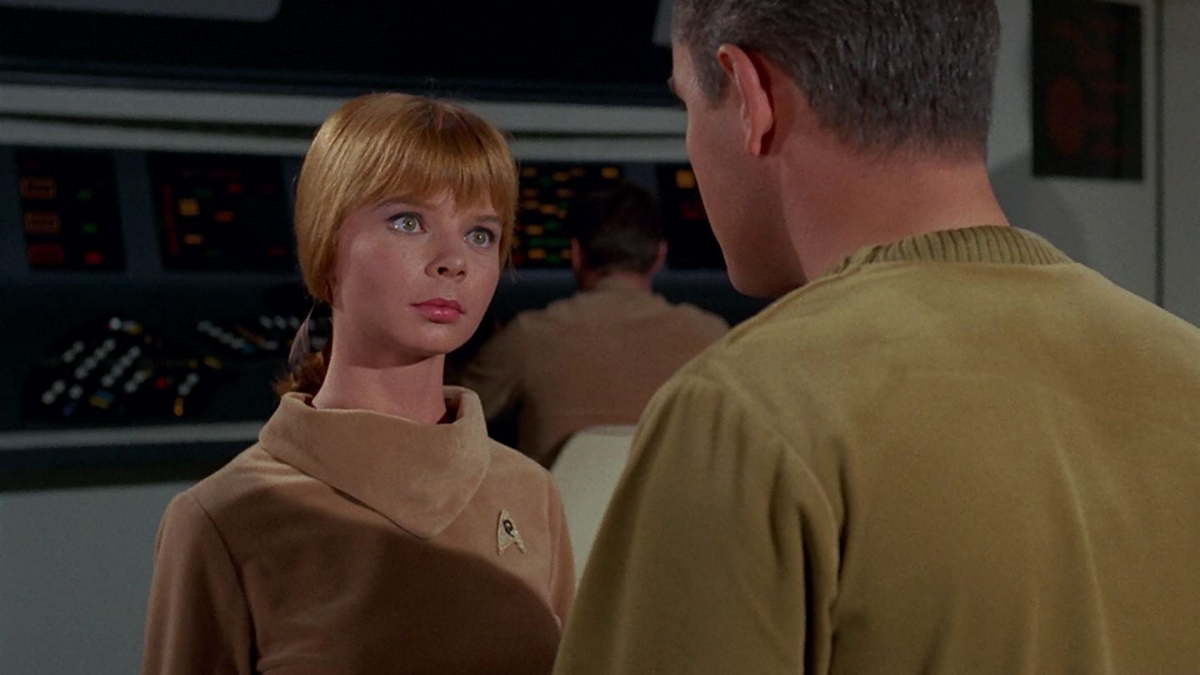 Actor Laurel Goodwin, who appeared in the original pilot for ‘Star Trek,’ passed away on Feb. 25 at age 79.

Her sister Maureen Scott announced her passing in an obituary (via People). The cause of death is unknown.

Goodwin made her first on-screen appearance, co-starring with Elvis Presley and Stella Steves in Girls, Girls, Girls in 1962. Next, she was cast in the role of Jackie Gleason’s daughter in Papa’s Delicate Condition. She performed in a number of motion pictures, including Stage to Thunder Rock, Law of the Lawless, and The Glory Guys.

At 24, Gene Roddenberry cast her as Yeoman J.M. Colt, a crew member in the original Star Trek pilot ‘The Cage’ that was famously rejected by NBC. However, the next incarnation of the series featured some segments of ‘The Cage’ in an episode called ‘The Menagerie: Part II’ in 1966. Eventually, the full episode was released.

Goodwin appeared in numerous popular TV shows, including Get Smart!, The Beverly Hillbillies, Mannix, and The Dain Curse.

Reflecting on her life in a 2016 interview with StarTrek.com, Goodwin shared:

You really are everything that you’ve ever done in your life. Even if you mess it up terribly in the end, or mess it up in the beginning, if you mix it all up and you’ve done some good stuff in between, it’s a good life. I’ve had adventure, and a wonderful life, in so many ways, that people would give their right arm for.