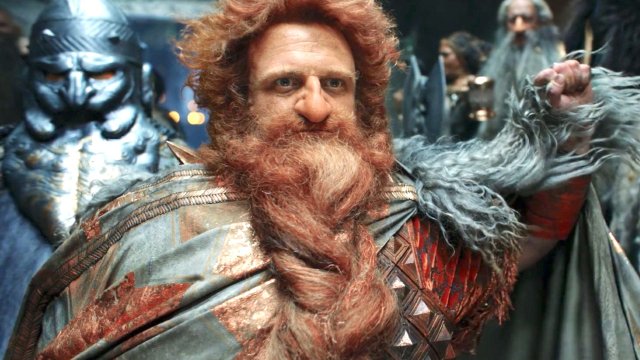 Four episodes in, Amazon Prime’s The Lord of the Rings: The Rings of Power is only getting more popular. The show’s detractors are gradually falling off as more and more fans heap praise on its many successes, and the far-reaching story begins to crystalize into something truly epic. The show ditches easy, cheap storylines in the interest of a fleshed-out and defined world, and it’s paying off in fans’ reception to the show.

Even the orcs are a popular topic amongst Rings viewers, as the fandom once again heaps praise on the show’s spectacular interpretation of the malevolent Middle-earth race. Their most minor moments are turning into instant meme material as fans glory in their hilarious subtitles and far more fleshed-out presence in Prime’s series. And they’re far from the only characters to garner praise, as fans celebrate even the most minor of details speckled through the show’s massive world, from the costume design to the dwarven beards.

Fans can’t get enough of Rings’ interpretation of orcs

The orcs in Rings of Power have already been the subject of passionate online discussion as fans celebrate the show’s ability to expand upon this oft-neglected race. Their presence in the first half of the debut season is proving immensely popular amongst viewers, many of whom are praising the show for delivering the best interpretation of orcs yet put to screen.

One of the most celebrated aspects of Rings of Power is its ability to shine a light on oft-ignored aspects of Tolkien’s world. The show is zeroing in on several of the most thrilling moments in Middle-earth history and introducing fans to impactful figures who, up until this point, were largely historical side notes. One such character is brought to life by actor Owain Arthur, who sports a truly impressive ginger beard. This majestic bit of facial hair is a beast all its own, according to Arthur, and occasionally “takes control” on set. It’s not overly surprising, considering the prosthetic is comprised of several different pieces, but it’s making fans respect Arthur’s performance all the more.

The Rings subtitles are quickly gaining a fanbase of their own

Some Rings of Power viewers are struggling to keep up with the show’s far-reaching and often complex storyline, as it shifts focus between a number of vital characters and interwoven plot points. The show’s emphasis on language is also proving somewhat challenging for some fans, many of whom have to rely on subtitles to understand much of what is being said. This is turning out to be an immensely popular option as fans share their delight with the show’s carefully crafted—and unintentionally hilarious—subtitles, particularly where the orcs are concerned.