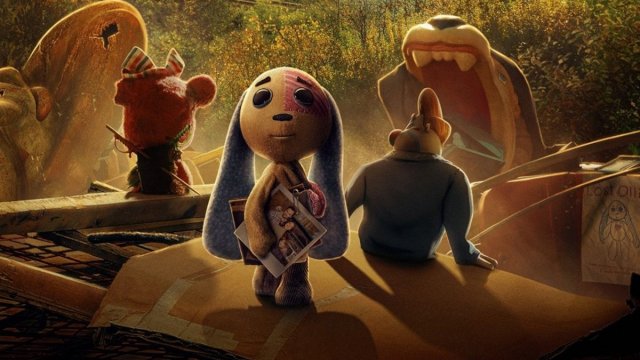 Lost Ollie is quickly becoming Netflix‘s most popular show of the summer. The semi-animated family adventure charmed viewers with its upbeat tone and sublime visuals. The show also features an all-star cast, and viewers will likely recognize some of the voices featured.

So if you’re trying to place the voice, here is the cast of Lost Ollie and where you’ve heard them before.

What is Lost Ollie about?

Based on the book by William Joyce, Lost Ollie follows a stuffed toy rabbit separated from his owner. Desperate to find his way home, Ollie starts an epic quest to find the child who loves him again.

Who is in Lost Ollie?

The titular stuffed toy rabbit is played by veteran actor Jonathan Groff. Most known for voicing Kristoff in the Frozen franchise, Groff has had a long career on screen and stage. Aside from Frozen, he’s also appeared as Holden Ford in Mindhunter and Patrick Murray in Looking.

Mary J. Blige needs no introduction. She is one of the most successful and popular vocalists in modern history, and she has a load of awards and nominations under her belt. She has won nine Grammy Awards, four American Music Awards, and ten Billboard Music Awards. On top of this, she has been nominated for three Golden Globe Awards and two Academy Awards.

Popular character actor Tim Blake Nelson has had multiple film roles over the years. He played Wade Tillman in 2019’s Watchmen, Delmar O’Donnell in cult-classic O Brother, Where Art Thou? and Gideon in Minority Report.

Currently one of the most popular actors, Gina Rodriguez‘s career has been going from strength to strength in recent years. She voiced the title character in the Carmen Sandiego reboot and Gina Alvarez in Big Mouth. She also took the lead role in Diary of a Future President and voiced Velma in Scoob!

Actor, comedian, and screenwriter Jake Johnson has been involved in many beloved projects. Famously, he played Peter B. Parker in Spider-Man: Into the Spider-Verse, Grey McConnell in Stumptown, and Lowery Cruthers in Jurassic World.

Young actor Kesler Talbot has not had a long career, but he’s appeared in some pretty well-known series. These include an appearance in The Man in the High Castle and one in Resident Alien.