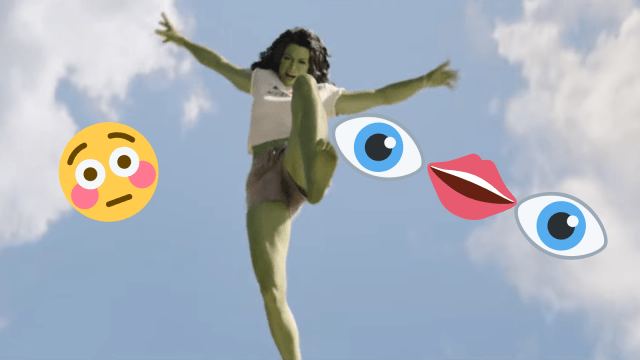 The future of the Marvel Cinematic Universe is six foot tall green dominatrixes according to fans, as She-Hulk continues to build hype.

You’d be forgiven for thinking all that talk had taken away from people’s excitement for the series, but Reddit’s home of Marvel discussion has other ideas. In a thread discussing the excitement, it became clear there’s still a lot of fans excited for the debut.

After some of the more intense plot lines and very serious tone of the majority of the Disney Plus exclusives, fans are excited by the concept of shorter and fluffier content from the Marvel universe. With each episode set to run for 30 minutes, it looks to be following much more of a comedy show outline than a blockbuster hero series.

There’s also, perhaps for the first time in ages, excitement for a “villain of the week” plot. WandaVision, Falcon and the Winter Soldier, and Moon Knight all had a big bad, and arguably struggled to capture a comic tone due to it. Reject modernity, embrace Smallville syndrome.

Others think it could lend itself very well to cameos and universe expanding, with the inevitable Daredevil appearance already being hyped up by fans.

Bold proclamations were also being made in the comments, with one user declaring that the strongest point of Phase Four hasn’t been the movies at all, but instead the Disney Plus series. The critical reaction to the first Phase Four entries are perhaps suggesting Marvel fatigue, with Thor 4 and Doctor Strange in the Multiverse of Madness struggling to capture the imagination like their respective predecessors.