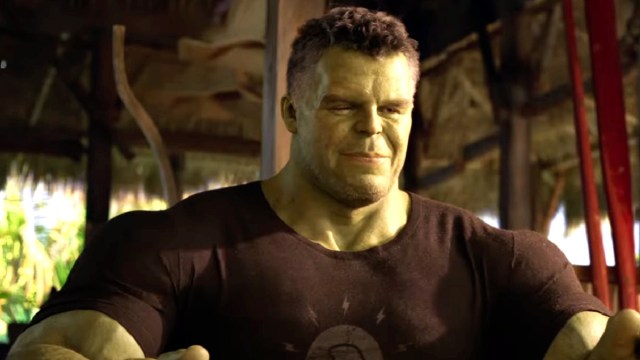 She-Hulk: Attorney at Law dropped its premiere episode on Disney Plus today, and while it mostly delivered the light-hearted tone we were primed to expect from a show that’s been pitched as a legal-themed half-hour comedy, there were some surprising poignant moments in there too that caused many a lump to form in the throats of fans. And it’s all to do with a much-missed fallen Avenger.

Mark Ruffalo’s Bruce Banner/Smart Hulk features heavily in She-Hulk‘s first episode, “A Normal Amount of Rage”, as Jennifer Walters (Tatiana Maslany) stays with her cousin while she figures out the ins and outs of being a Hulk. We learn that Bruce’s HQ is a Mexican beach-house with a secret underground lab that his old pal Tony Stark built for him during The Blip.

What’s more, it seems the pair hung out a lot at this place, as they also built a beach-bar together, even carving their initials in it like high school sweethearts. It’s been three years since Iron Man died in Avengers: Endgame, but these references to some unseen down-time between Tony and Bruce has fans lamenting the loss of the Science Bros all over again.

Unless this is all an elaborate ruse from Bruce to hide the fact he dated Taylor Swift?

We’d take a whole movie of just Bruce and Tony getting drunk and gossiping about the other Avengers.

Don’t forget that we got namechecks for both Natasha and Steve in this episode to boot. R.I.P. all the fallen Avengers.