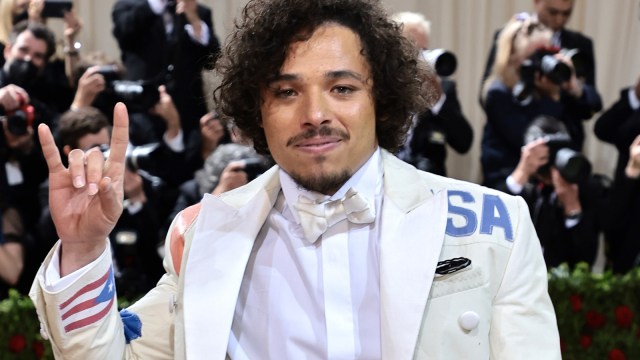 Ironheart is now filming in Georgia, and the Disney Plus show looks to be coming together nicely. We’ve seen some excellent photos of Riri Williams’ homemade armor, and have gotten confirmation that Anthony Ramos will be playing longtime Marvel villain The Hood.

The Hood – aka Parker Robbins – made his debut in Marvel Comics in 2002 as a petty thief with ambitions of becoming a supervillain. After a series of heists, he managed to amass a collection of mystical artifacts that turned out to be infused with the power of Dormammu. The inter-dimensional entity ended up possessing him, and significantly cranking his power level up.

Given that Dormammu vowed never to return to this dimension at the end of Doctor Strange, it’s likely the MCU will change this origin story, but it sounds like Ironheart will see an interesting clash between Riri’s tech and The Hood’s magic.

Some on Twitter are loving the reveal. There’s a lot of praise for the comics-accurate suit:

Others are hyped that a relatively obscure character like the Hood is coming to the MCU:

Even those who don’t know him think he looks cool:

Others are somewhat less keen, with the general response confusion as only superfans know who this is:

Is this Marvel scraping the bottom of the supervillain barrel?

And are people really excited for The Hood:

Dominique Thorne’s Riri will be making her MCU in Black Panther: Wakanda Forever later this year, and many assume she’ll essentially be the new Iron Man. Nobody can truly step into Tony Stark’s shoes, though if they follow the comics arc of her stealing Stark tech to kitbash her own suit together, we could be in for a fun time.

Perhaps it’s too much to hope that Robert Downey Jr. would voice her equivalent of J.A.R.V.I.S., but we’re keeping our fingers crossed.