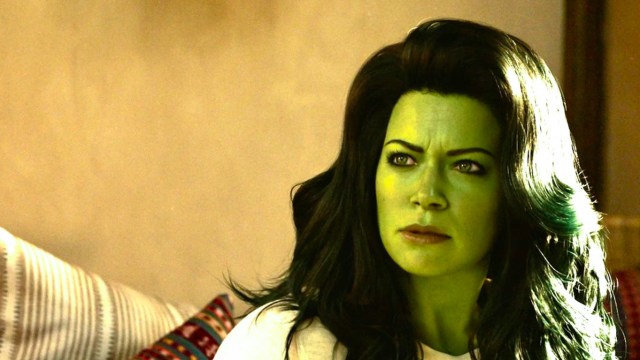 So there’s a lot for us to unpack in the latest, and penultimate, episode of She-Hulk: Attorney at Law. Obviously, there’s the Daredevil of it all, but let’s not overlook the shocking cliffhanger which saw Intelligencia successfully turn the public against Shulkie. And then there’s the matter of a huge reveal that affects every single superhero in the franchise which was just thrown out there in the space of a single line.

When Jennifer Walters (Tatiana Maslany) and Matt Murdock (Charlie Cox) first face off in court, the latter gets one over on the former by successfully arguing against Jen’s motion to question Luke Jacobson’s clients, as it would be in direct violation of their rights to a secret identity as superheroes. “May I remind you that the Sokovia Accords have been repealed,” he notes. Excuse me, Mr. Murdock, what was that?

Yes, apparently the Sokovia Accords — the controversial laws requiring heavy governmental oversight on all superhero activity — have been wiped off the board off-screen. Considering that the Accords were the whole crux of the destruction of the Avengers in Captain America: Civil War, this is a pretty massive bombshell to drop like this. And fans are now working hard to figure out an explanation for what could’ve happened. As one Redditor pointed out:

Some feel that the government must have rescinded the Accords in the wake of the Blip.

It’s not that simple, however, as the Accords were previously mentioned to still be in effect in WandaVision.

But, then again, She-Hulk does take place a while after WandaVision so it is logical for them to have been repealed in the interim.

In fact, She-Hulk is known to occur in 2025, so that leaves plenty of room for this major development. As someone suggested, the DoDC’s hunting down of Ms. Marvel may have had something to do with it.

The power a single sentence can have…

Although some feel the significance of the Sokovia Accords is overestimated.

She-Hulk: Attorney at Law reaches its finale next Thursday on Disney Plus.