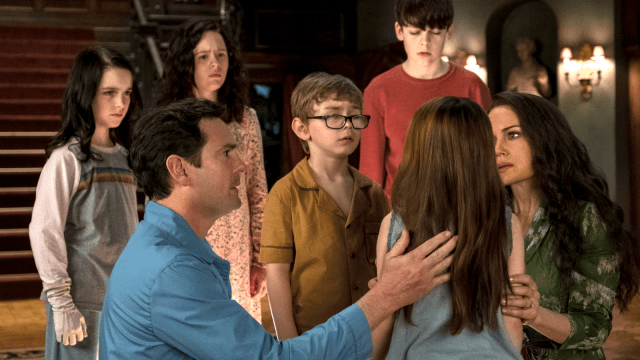 The existential crisis of Mike Flanagan’s new Netflix series The Midnight Club has barely been terrorizing TV screens around the world for a week, yet the filmmaker is already looking ahead and having conversations about his next series, The Fall of House Usher.

While many of Flanagan’s works are terrifying in their own way, many in recent years (with perhaps the exception of last year’s Midnight Mass) has been more psychological in nature rather than visceral. It looks like this is set to change in Flanagan’s adaptation of Edgar Allen Poe’s The Fall of House Usher.

In conversation with the Wrap, Flanagan likens some of his recent projects to genres of music — describing The Haunting of Hill House as a string quartet, and The Haunting of Bly Manor as a classical piano piece. The Fall of House Usher, by comparison, is shaping up to be more like heavy metal.

Flanagan goes on to say it is probably the closest he will ever get to the Giallo genre of film, which, in extremely simplified terms, is a highly stylized and violent crime thriller originating from Italy. He goes into more detail about what fans can expect:

“It’s wild. It is colorful and dark and blood-soaked and wicked and funny, and aggressive and scary and hilarious. I’ve never gotten to work on anything like it. We left everything on the field with it, and it’s just bombastic fun. I’m really excited for that to find its way out because I especially think both ‘The Midnight Club’ and ‘Usher’ just go off in their own drastically different directions, and next to each other they’re fascinating to me.”

It’s going to be fun to see Flanagan steer into a more gory direction with his next Netflix series, and we can’t wait to see it. For the time being, The Midnight Club is streaming on Netflix. It follows a group of terminally ill teenagers who all live in the same hospice, and gather every night to share ghost stories.