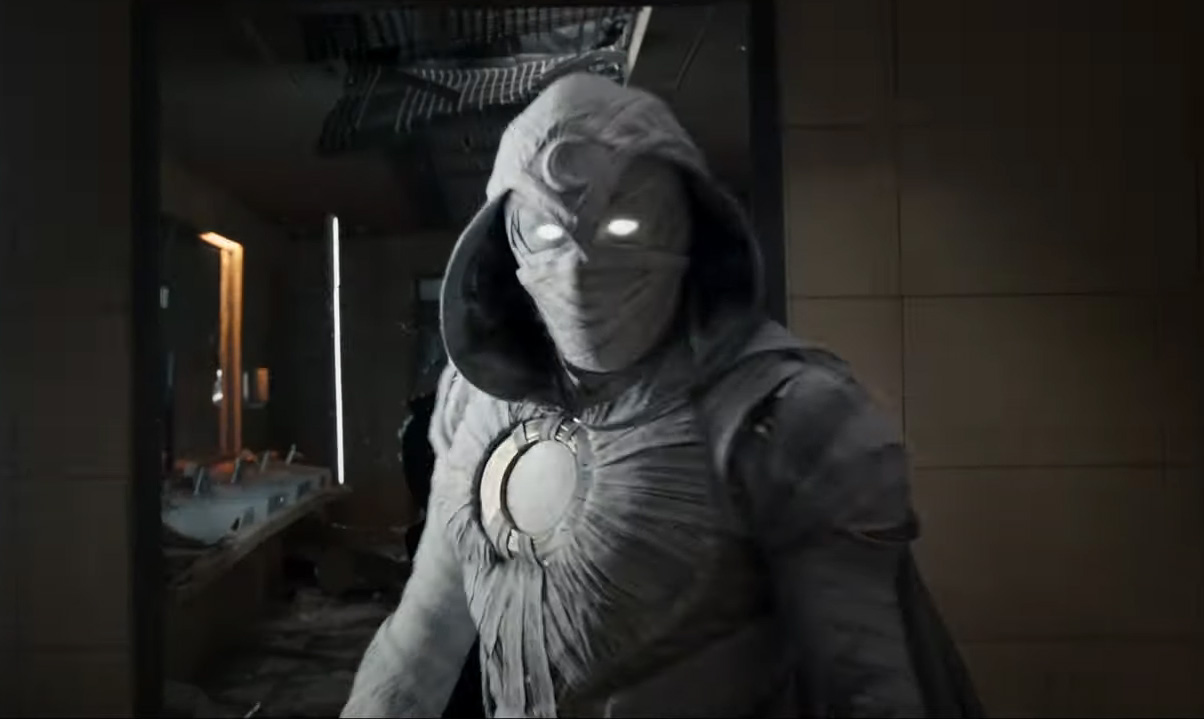 Moon Knight arrives on Disney Plus in a month’s time and looks set to break new ground for the MCU. The trailers indicate that Oscar Isaac’s Marc Spector will be a very different kind of hero, struggling with mental disorder and dealing with ancient Egyptian deity Khonshu (who may or may not have taken up residence in his head).

This means that Spector is dealing with disassociative identity disorder, manifesting here as various superpowered personalities. The eerie and violent Moon Knight is one, though there’s also the very dapper detective “Mr. Knight”, both of which are shown off in some cool new merchandise. Check them out:

I’m guessing these are t-shirt designs, so if you want to show your love for Moon Knight, keep an eye out for them at all the usual merch outlets.

With Moon Knight, Marvel Studios is continuing a new focus on the supernatural. Eternals teased the arrival of Kit Harrington’s magically-powered Black Knight, with that post-credits scene also notable for the first words spoken by Blade in the MCU. With speculation building as to the return of Ghost Rider, we may be heading towards a new team of horror and magic-themed heroes, perhaps the MCU version of the ‘Midnight Suns’?

If Moon Knight can capture the same atmosphere that’s made the comics’ so highly regarded, this should be top-tier Marvel Studios. I’m also hoping Oscar Isaac sticks around, though I’m certain Kevin Feige has big plans for him in future unannounced projects.

With that in mind, expect big things from Moon Knight when it premieres on Disney Plus on March 30.