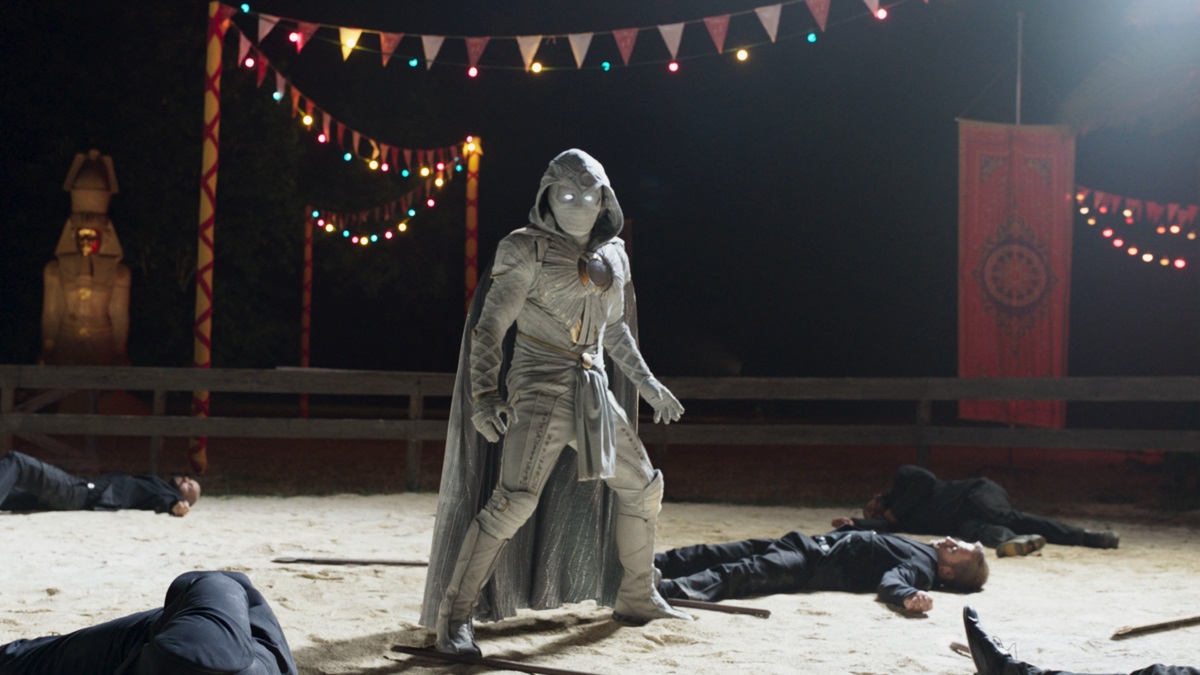 Moon Knight has been one of the most popular Marvel Studios TV series to date and a big part of the credit goes to its action, which was majorly influenced by the past Captain America films.

Unlike other series, the show hasn’t held back whether it is in terms of depicting mysterious adventures or portraying violent scenes. Speaking to The Direct, Moon Knight writer Beau DeMayo shared how the Captain America films were used as a guide to map the show’s action.

“It was and it wasn’t. I think if you look at Captain America, especially like Civil War, and Winter Soldier, and like the violence in those movies particularly… you’re sitting in an arena that sits very close to the violence that you see in Moon Knight. It doesn’t go as bone-crunching, or [scenes like] Moon Knight cutting people’s faces off particularly. But it does sit in a place where these are people who are clearly channeling emotional trauma through fists.”

DeMayo explained that these films gave the writers of Moon Knight comfort knowing that they would be able to take the show to the right place when it came to honoring the source material — the expansive world of the comic books.

The writer further explained that they were told not to stray far from the existing MCU realm of violent content.

“We had been told we can sit in the Captain America violence realm, and we just kind of knew to stay there. I don’t think we, too my memory — this was pre-covid, we actually wrote those scripts right before the world went into shutdown. So pre-covid brain in me says that I don’t remember a time of us getting a note that we had gone too far.”

While they were asked to stay within a certain limit, the writers appear to have done an excellent job in capturing the essence of Moon Knight, turning the live-action adaptation into one of the best series Marvel has offered so far.

Moon Knight has two episodes left and the penultimate one will launch on Disney Plus this Wednesday.