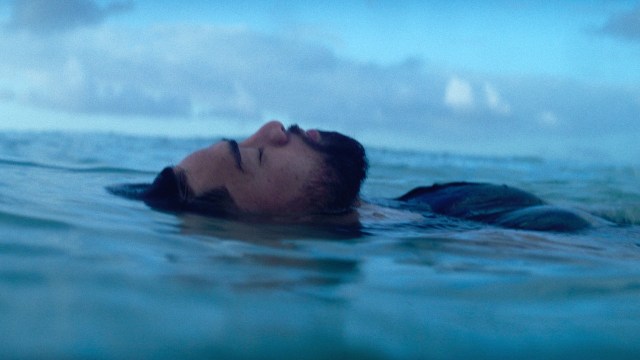 From Conversations with a Killer to Making a Murderer, streaming giant Netflix has successfully brought many highly-publicized stories to life on the platform for eagle-eyed subscribers to binge watch. And the latest eye-opening documentary on the platform definitely deserves more viewers; in fact, the entire world should be tuning in to this unbelievable story regarding Notre Dame football star Manti Te’o — titled Untold: The Girlfriend Who Didn’t Exist.

As per FlixPatrol, the newest documentary — which includes themes of betrayal, deceit, and dishonesty — has already cracked into the Netflix Top 10, with over 10 million hours watched in households all around the world. And, if those staggering chart numbers weren’t enough, the jaw-dropping docuseries now holds a 100% Certified Fresh rating on Rotten Tomatoes.

Directed by the collaborative duo of Tony Vainuku and Ryan Duffy, Untold: The Girlfriend Who Didn’t Exist unveils the story of Manti Te’o, a college football-turned-NFL superstar who was unknowingly catfished by a family friend. As the story goes, Manti believed that he was in a relationship with a Stamford University student named Lennay Kekua. During their “relationship,” Lennay was involved in a tragic car accident, where doctors eventually discovered that she had leukemia — which she later died from.

As it turns out, Lennay Kekua did not exist. In the docuseries, Manti’s involvement in the scandal is stripped bare and examined, and it is revealed at one point in time that folks believed he was a part of the hoax. However, through private investigative work and relentless internet digging, Lennay Kekua is revealed to be Naya Tuiasosopo — an acquaintance of Te’o who, after falling in love with him, created a faux internet persona to spark a relationship with Te’o.

Untold: The Girlfriend Who Didn’t Exist is a thrilling, engaging, and jarring story that is set to take the docuseries-loving world by storm in the following weeks. There is plenty here to chew on, and while the journey might seem predictable, it’s a must-binge series that needs to be added to watchlists everywhere.