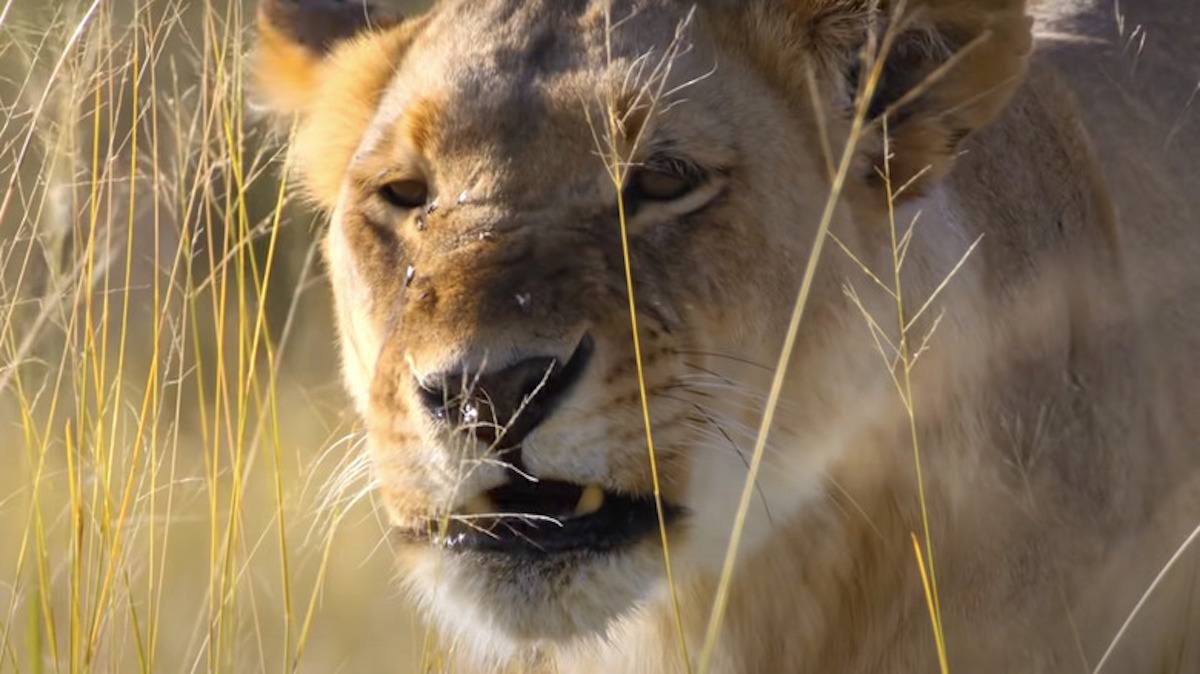 Whether you have a bunch of pets at home or you prefer visiting animals at the zoo, it’s easy to be charmed by animals and how much comfort they add to your life. It’s also intriguing to learn more about animals that might never get a chance to be domesticated. We envisage the world only from our point of view. Perhaps watching the series on this list can enlighten us on the intensely compelling lives of animals. Certain aspects of the animal kingdom are a mirror of our society. These animal shows on Netflix shed light on interesting animal details and knowledge that too many folks might not already be aware of.

Life in Color With David Attenborough

There’s only been one season of Life in Color With David Attenborough so far, but the documentary series is absolutely incredible as viewers are able to watch Attenborough explore various species around the globe. Animals interact with color in surprising ways human beings don’t always understand. For us, we consider color by thinking of its aesthetic value and beauty. For animals, color comes into play in a much more serious manner. Attenborough takes time to explain how color impacts animals in nature when it comes to hunting, mating, fighting off enemies, and more.

If you’re absolutely obsessed with puppies, kittens, and other adorable animals, 72 Cutest Animals is definitely the Netflix show for you. The 2016 documentary only lasted for one season, but one season is enough to explore some of the cutest animals known to man. There are also several animals included in the show that too many people have never heard of or laid eyes on. Graham Mitchell is the narrator of this precious Netflix show.

There are plenty of nature documentaries to tune into on Netflix, but Our Planet is certainly worth experiencing for its visual benefits and for its informative commentary. The 2019 show allows viewers to witness the natural beauty of our planet while examining exactly how climate changes impact Mother Nature‘s most vulnerable creatures. The camera work is absolutely incredible and every episode of Our Planet introduces viewers to different, lesser-known animals. David Attenborough is the narrative voice behind this Netflix show.

If I Were an Animal

If I Were an Animal is a brilliant and educational Netflix show about animals. Fleur Delahunty and Zachary Young provide the voices for Emma and Tim, two children who take time out of their day to observe different animals as they grow from birth into adulthood. Tim and Emma watch the animals experience various life milestones. Some of the animals covered in this series are swans, hedgehogs, boars, hamsters, and elephants. Emma and Tim enjoy watching animals of all shapes and sizes as they themselves mesh with nature.

In 2021, Netflix released a nature documentary called Animal that lasted for one season. It’s filled with never-before-seen footage of Earth’s most majestic and incredible creatures. The magnificent animals interact with each other on camera sharing heartwarming and at times harrowing moments. The limited series only includes four episodes, but they are definitely worth checking out if you consider yourself an animal lover. Fans of this show are hopeful that Netflix will continue on with a second season at some point in the future. There are some famous voices you’ll recognize doing the narration work in Animal as well. Anthony Mackie, Rebel Wilson, Bryan Cranston, Pedro Pascal, and Rashida Jones are included in the mix.

The 72 Dangerous Animals series premiered in 2018 with Bob Brisbane as the narrator. Each 10-episode season centers on a different region. Watch the terrifying true stories of survivors of animal attacks who found themselves coming into contact with an unknown quantity of fearless rage. From the venomous bites of snakes, arachnids, and insects, to the claws and fangs of large creatures, 72 Dangerous Animals sheds light on the unpredictable characteristics of wild animals. The series takes us to Asia, Australia, Africa, Latin America, and America, showing us the deadliest animals on Earth.

This eight-episode series on Netflix, narrated by Patton Oswalt, follows a group of penguins as they descend upon a South African town. Not their natural habitat, we get to see them mingling with the locals and vacationers of summer-season Simon’s Town. Far from being considered pests, however, the birds are embraced and celebrated. By giving each of the penguins names like “Junior” and “Mrs. Bougainvillea”, their personalities are showcased and observed in a way we’ve never seen before. Their quirky and irreverent behavior is a delight to watch and their heartwarming journey opens our eyes to their plight. We learn that the penguins are endangered and the fate of their species lay in their little flippers.

In 2020, Netflix added a nature documentary called Absurd! Planet to its streaming platform. This show is pure fun, and introduces us to the at times gross, other times simply confounding behavior of creatures great and small. A lot of Earth’s creatures are smart, cunning, and slick with their movements but this show isn’t about any of those animals. With the use of sound effects and silly voices, you’re sure to be amused by this series. The voice actress who takes on the important role of Mother Nature is Afi Ekulona. Her peaceful and conversational tone makes the show a lot more engaging.

It is widely known that Tiny Creatures is 100 percent contrived and manipulated. Made entirely during the pandemic, this pseudo-documentary directed by Jonathan Jones uses (among other techniques) CGI to place the animals in difficult situations, to show them get their way out of it. The result is stunning and entertaining. It’s said that he made the series, in its entirety (yes, eight episodes!) in 27 days. Narrated by actor Mike Colter of the Netflix Marvel Cinematic Universe, the show will entertain and thrill you.

So many people appreciate having pet dogs at home, and we have appreciated them even more with our “work from home” lifestyles we’ve been forced to adopt. The first season of Dogs premiered in 2018 and was followed up with a second season the year after. Each season consists of four individual stories of people and their dogs: how they got them, how they love them, and a beautiful story of companionship. Since dogs are considered man’s best friend, this show celebrates the incredible bonds these gentle animals are often able to share with their owners. Dogs are capable of expressing unconditional love to the human beings who take care of them, and a fierce need to protect their owners. Each episode of this show is filled with inspirational and remarkable moments that will touch your heart.