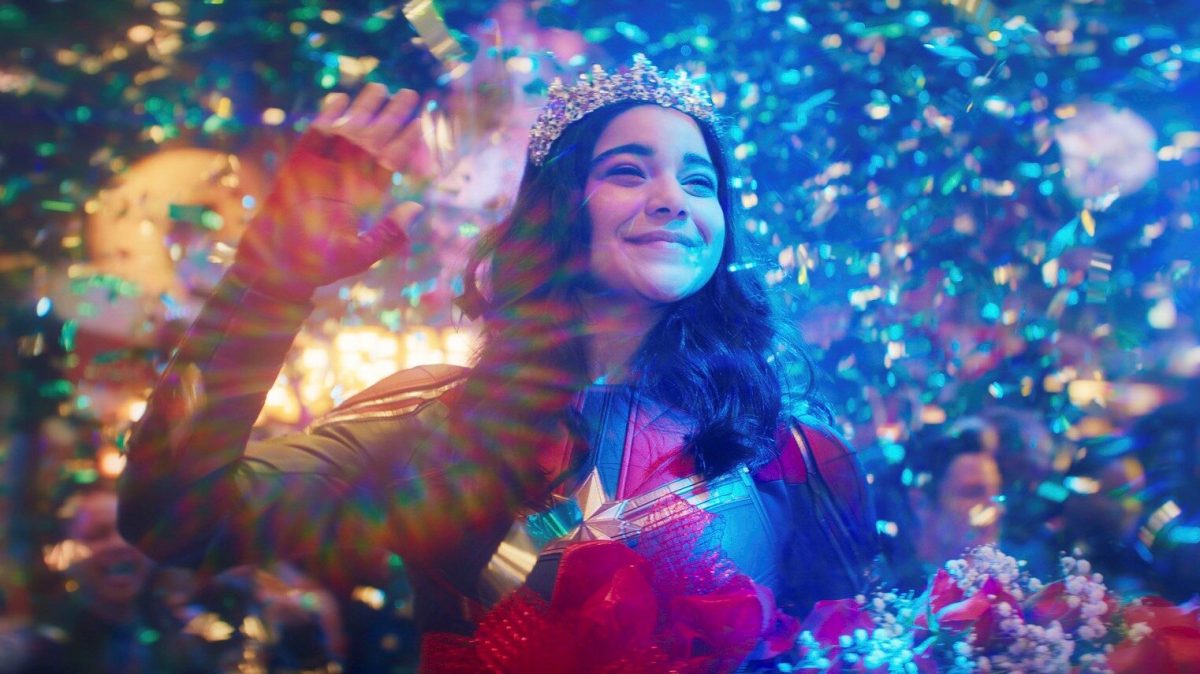 With her character, the Pakistani-American teenager Kamala Khan, who assumes the mantle of superhero Ms. Marvel, about to headline her own Disney Plus series, the character’s co-creator sounds as proud as any mom. In an interview with Total Film, Sana Amanat, the comics writer who helped relaunch the Ms. Marvel title, compared her co-creation to other young heroes like Peter Parker, aka the Spectacular Spider-Man:

“She’s this young character who is very much a fan of the bigwigs of the Marvel Universe like the Avengers, and she doesn’t feel necessarily like she can stand toe to toe with them. But I think, ultimately, she can, and she does.”

Kamala Khan is the fourth iteration of the Ms. Marvel character, the first being Carol Danvers, an Air Force officer (and later, editor of Women Magazine) who gained her powers after being caught in an explosion with Dr. Walter Lawson, the alter ego of the original Captain Marvel. Danvers received a promotion to Captain Marvel in 2013 after the original character’s death.

In 2014, Khan, a 16-year-old from Jersey City, New Jersey, took the name after receiving powers of her own. Like her readership, Kamala Khan is a fan of superheroes in general and Captain Marvel in particular, and Carol Danvers serves as her mentor. She also made history as the first Muslim female lead character in a Marvel comic.

The Ms. Marvel Disney Plus series stars showbiz newcomer Iman Vellani as the title character and will co-star with Brie Larson in the 2023 Marvel Cinematic Universe film The Marvels, which will serve as a sequel to both this series and the blockbuster 2019 film Captain Marvel.