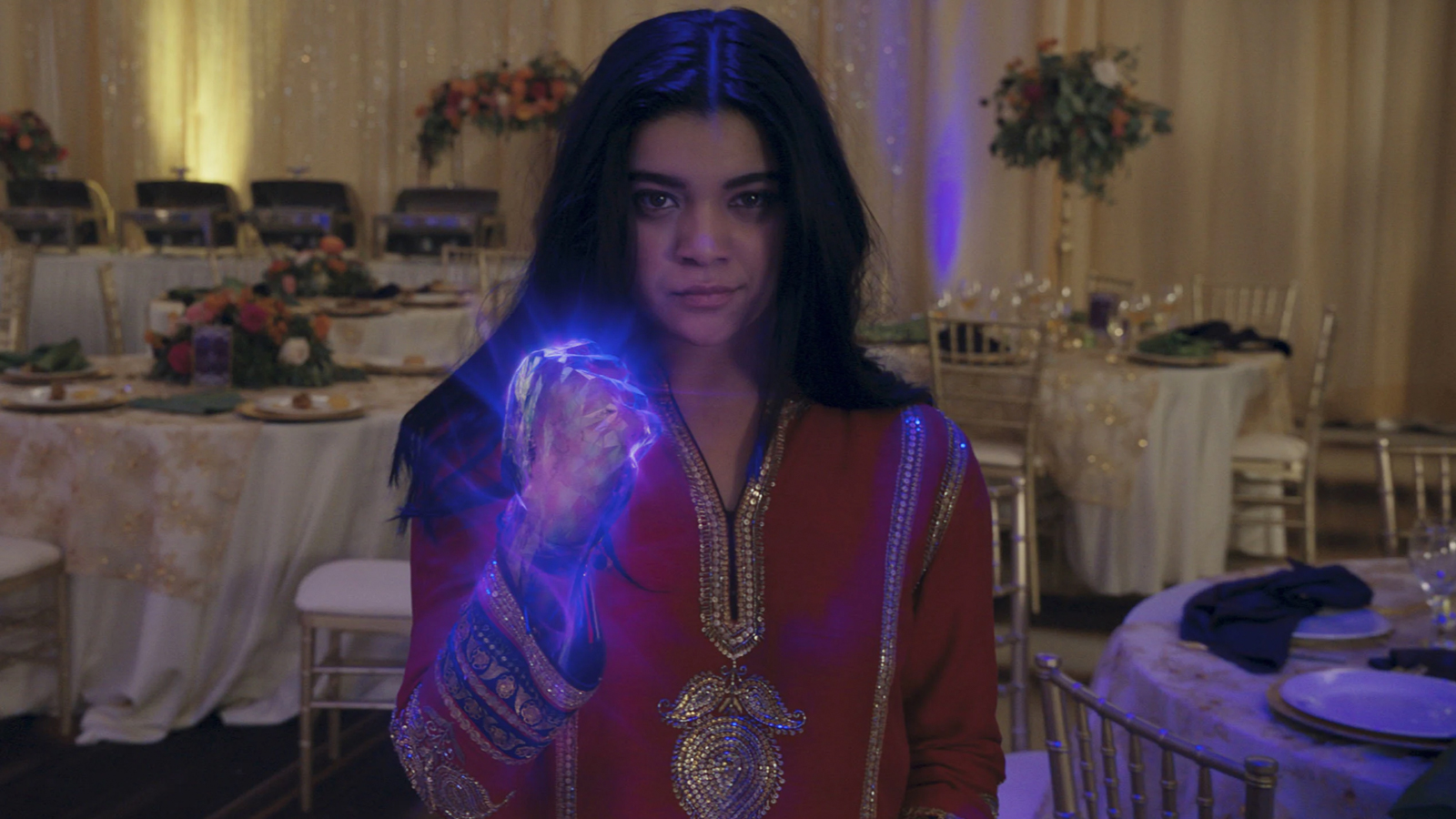 Marvel fans are falling in love with the cinematic universe’s in-canon super-fan Kamala Khan (Iman Vellani) in Disney’s Ms. Marvel. But the premiere left us with one major question: how the hell does Kamala get her stretchy powers in a non-Inhuman world?

How does Ms. Marvel get her powers?

In the comics, Kamala Khan is an Inhuman. She unlocks her powers after Black Bolt releases the Terrigen Mist in Earth’s atmosphere. After being exposed to the mist, Kamala discovers she can extend her limbs and the size of her body at whim.

But Ms. Marvel has yet to reveal exactly how Kamala gets her powers in the Disney Plus show. The official trailer appears to suggest her powers are more cosmic than Inhuman.

Marvel Studios president Kevin Feige said in an interview with Empire back in May the origins of her abilities are different in the MCU than they are in her comic book run. They’re specific to the MCU.

“You will see great comic splash panels in some of our action sequences. If you want big, giant hands and arms, well they’re here in spirit, if not in stretchy, plastic-type ways.”

Looking back on what we’ve seen in the Marvel Cinematic Universe, Kamala could likely get her powers from an infinity stone, cosmic being or after being exposed to the Tesseract like her idol Captain Marvel. But we won’t know how Ms. Marvel inherits her powers until the show reveals her origin story in the coming episodes.

For now you can catch our review of the first two eps and catch up on the Ms. Marvel premiere on Disney Plus.