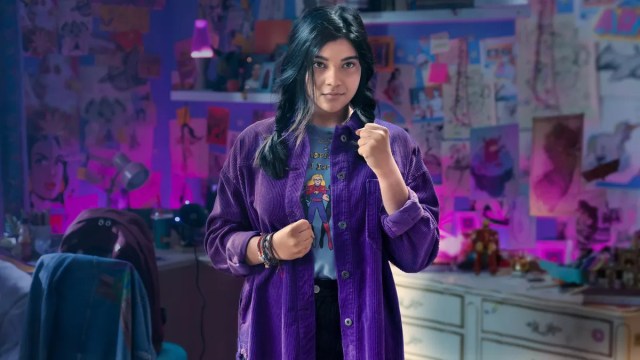 During a recent Reddit AMA on r/MarvelStudios, Ms. Marvel star Iman Vellani revealed an MCU movie she’d pitch to Kevin Feige if given the chance. And her response is quite fitting based on recent MCU rumors that were spread lately, as well as the current direction of Phase 4 of the MCU.

Reddit user u/cbekel3618 asked Vellani if there was an MCU character she’d pitch to Marvel Studios’ executive producer to turn into a new show or film. Vellani replied to the Reddit fan by repeating the same name six times – Silver Surfer.

Fans were supportive of Vellani’s answer, with demands to Feige to “cancel everything” and make a Silver Surfer series.

Fans began fan-casting potential actors for this hypothetical Silver Surfer movie. Some suggested that Vellani should play as Galactus since Silver Surfer is the Herald of this MCU villain. Others suggested a few names who could play the Silver Surfer, such as Keanu Reeves.

The Silver Surfer last made an appearance on the big screen back in 2007 in the film Fantastic Four: Rise of the Silver Surfer and was voiced by Lawrence Fishburne. While a new Silver Surfer project has not yet been announced, it is likely for this humanoid alien to appear in the MCU based on the current direction of Phase 4. With Eternals introducing the Celestials and Feige confirming an MCU reboot of the Fantastic Four in 2024, Vellani’s wish for this Marvel Character to appear has a chance to come true.

All episodes of Ms. Marvel are now available to stream on Disney Plus.