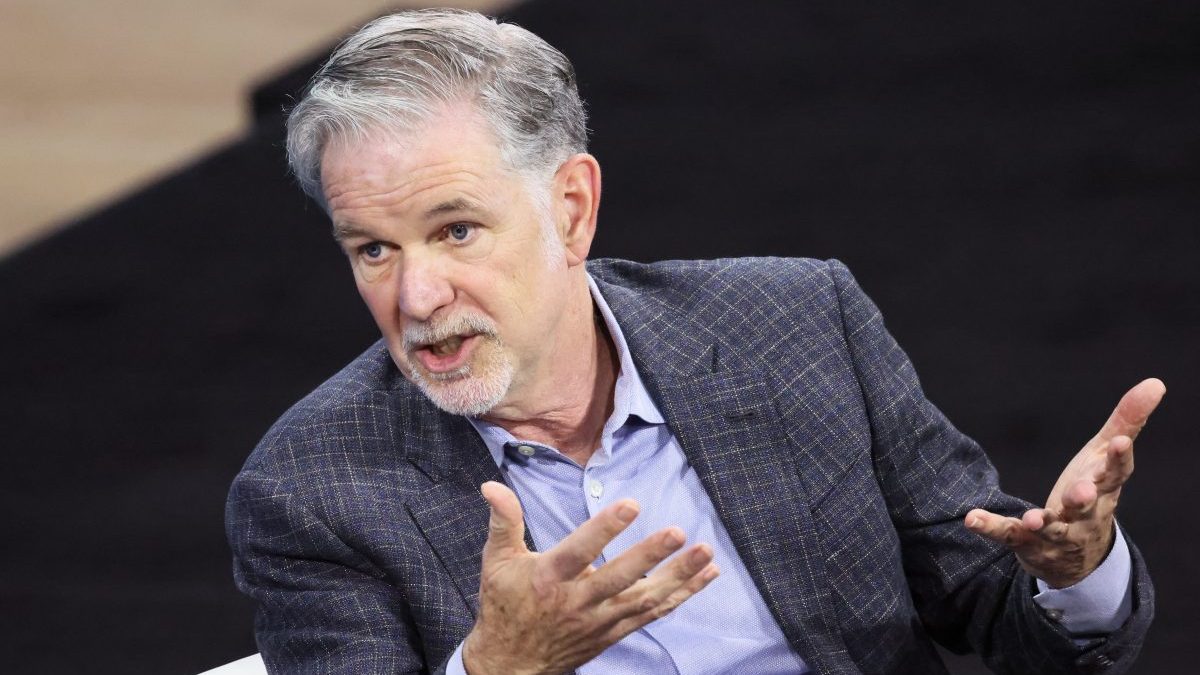 It’s the end of an era as the man partly responsible for creating Netflix is leaving his post as CEO of the company he co-founded in 1997.

Reed Hastings, 62, will no longer lead the company that brought us Stranger Things but also unfortunately brought us Hype House. Don’t worry he’s not going to the poorhouse though. Like the case with most premium corporate jobs in America, you can only fall upward.

Hastings will instead become the company’s executive chairman, according to a statement released by the streaming company. Hastings previously shared the CEO title with Ted Sarandos. Netflix chief product and chief operating officer Greg Peters will take over Hastings position and become the new co-CEO.

Hastings said he’s been “increasingly” delegating his management duties to both men and that the reorganization was always part of the company’s long-term plan.

“The board and I believe it’s the right time to complete my succession. I’ll be helping Greg and Ted and, like any good chairman, be a bridge from the board to our co-C.E.O.s. I’ll also be spending more time on philanthropy, and remain very focused on Netflix stock doing well.”

He went on to say he had “great trust and respect” for both men and that their “complementary skill sets, deep knowledge of entertainment and technology, and proven track record at Netflix” will foster long term success at the company.

It was Sarandos, Hastings said, that pushed Netflix into the arena of original programming, completely changing the media landscape in the process.

“We start 2023 with renewed momentum as a company and a clear path to reaccelerate our growth. I’m thrilled about Ted and Greg’s leadership, and their ability to make the next 25 years even better than the first,” he said.

Netflix recently dealt with a subscriber loss for the first time and concurrently saw its stock price drop 25%. However, the company’s recent fourth quarter blew away Wall Street’s expectations, so the company is (probably) going to be fine, as long as we don’t get another season of Hype House.