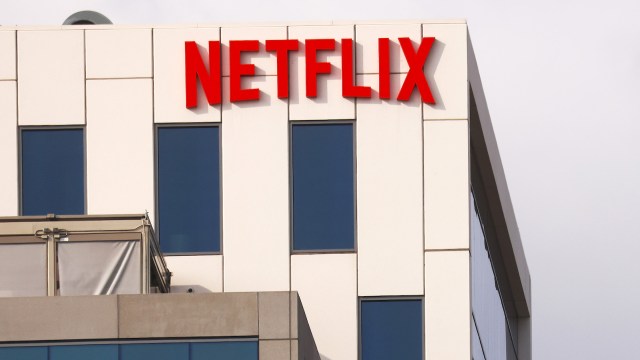 Moments ago, Netflix announced its second quarter earnings for 2022, revealing that it has lost 970,000 subscribers ⏤ over 700,000 more than the previous quarter ⏤ but the news is not necessarily bad when you consider that the streamer was projected to lose close to two million subscribers. However, its shares have plummeted 49 percent in this quarter alone.

Last quarter, the company announced the loss of 200,000 subscribers, its first such loss in 10 years. This ultimately resulted in multiple rounds of layoffs as Netflix struggled to compete with increasing competition.

The company’s market value has dropped to $90 billion, down from $300 billion just a year ago. It was estimated to make $8.04 billion in second quarter revenue, but fell short with $7.97 billion.

Netflix costs $15.49 per month for the standard plan in the United States, which makes it the most expensive major streaming service available. Obviously, this makes it a target for cost-cutting consumers who need to save money while the country experiences its highest inflation in decades. Netflix has also hurt its own cause at times, showing more commitment to its “we will not run ads” philosophy than simply committing to offering consumers more options. It must be stated, however, that the company is now seriously considering cheaper subscription alternatives that runs ads and cut costs for consumers who choose such an option.

Another reason for the loss of subscribers is the sheer volume of competition that Netflix now has in the streaming service arena, something it likely could never have imagined just a few years ago. There are now over 200 streaming services worldwide and more than 50 in North America alone. Many of them launched within the last three years, including major platforms such as Disney Plus (2019) and HBO Max and Peacock (2020), all of which are major competitors of Netflix.

The COVID-19 pandemic also created something of a streaming service boom, with last year’s subscriber and revenue numbers showing tremendous growth across many platforms. The MPA (Motion Pictures Association) released its annual report in March and revealed that the number of subscribers to online video platforms reached 1.3 billion worldwide, resulting in $17.9 billion in revenue, an increase of 26 percent from 2020. The number of original series released in 2021 on streaming services reached 1,826, a 15 percent increase from 2020. There were also 179 original films released exclusively on streaming services, which is 60 percent more than in 2019.

The good news for Netflix is that all of the top nine most-watched original streaming series of 2021 are under its platform (with Lucifer at #1). The bad news is that the streamer only has two of the top 10 most-watched streaming films of 2021, with Disney Plus owning all of the remaining eight slots, including all of the top four (with Luca at #1). This is what sparked Netflix Vice President Matthew Thunell to recently tell Reuters, “We want to have our own version of ‘Star Wars’ and we’re working to build that, but it takes time.”

Of course, Thunnell is using Star Wars as an example of how Disney Plus owns one of the most popular franchises of all time and can continuously create exclusive new movies and shows to expand it, as the franchise acts like a revenue machine for them. Netflix is now strategizing to create more movies and shows that can become popular franchises for the same reason, though Netflix is quite aware that a franchise on its service will have difficulty competing with Star Wars. However, the overall content offered on Netflix, in addition to its own version of Star Wars or the MCU, can only help matters.

Another problem Netflix is having is password sharing. This is no secret, but Netflix is now attempting to crack down on it, especially considering that over 100 million households share their Netflix passwords. The company’s way to tackle the problem ⏤ which it will be initially testing throughout Latin America where password sharing is extremely high ⏤ is to charge a fee for anyone who uses their Netflix account for more than 2 weeks outside of their primary residence. This will encourage people not to share their passwords while also allowing them to use the streaming service on vacation. This will not be implemented on mobile devices, and the fee will be anywhere from $1.70 to $2.99 depending on the country.

Netflix still has more subscribers than any other streaming service, coming in at approximately 220 million. For comparison’s sake, Amazon Prime Video is next on the list with about 175 million. From that perspective, Netflix is doing just fine. Even still, the subscriber exodus from Netflix is a warning sign to the company, hence the necessary re-strategizing, change in philosophy, and reassessment of what it’s offering. Netflix, in many ways, has made it clear that it’s time for a change. This most recent report of the company’s earnings has only confirmed it.