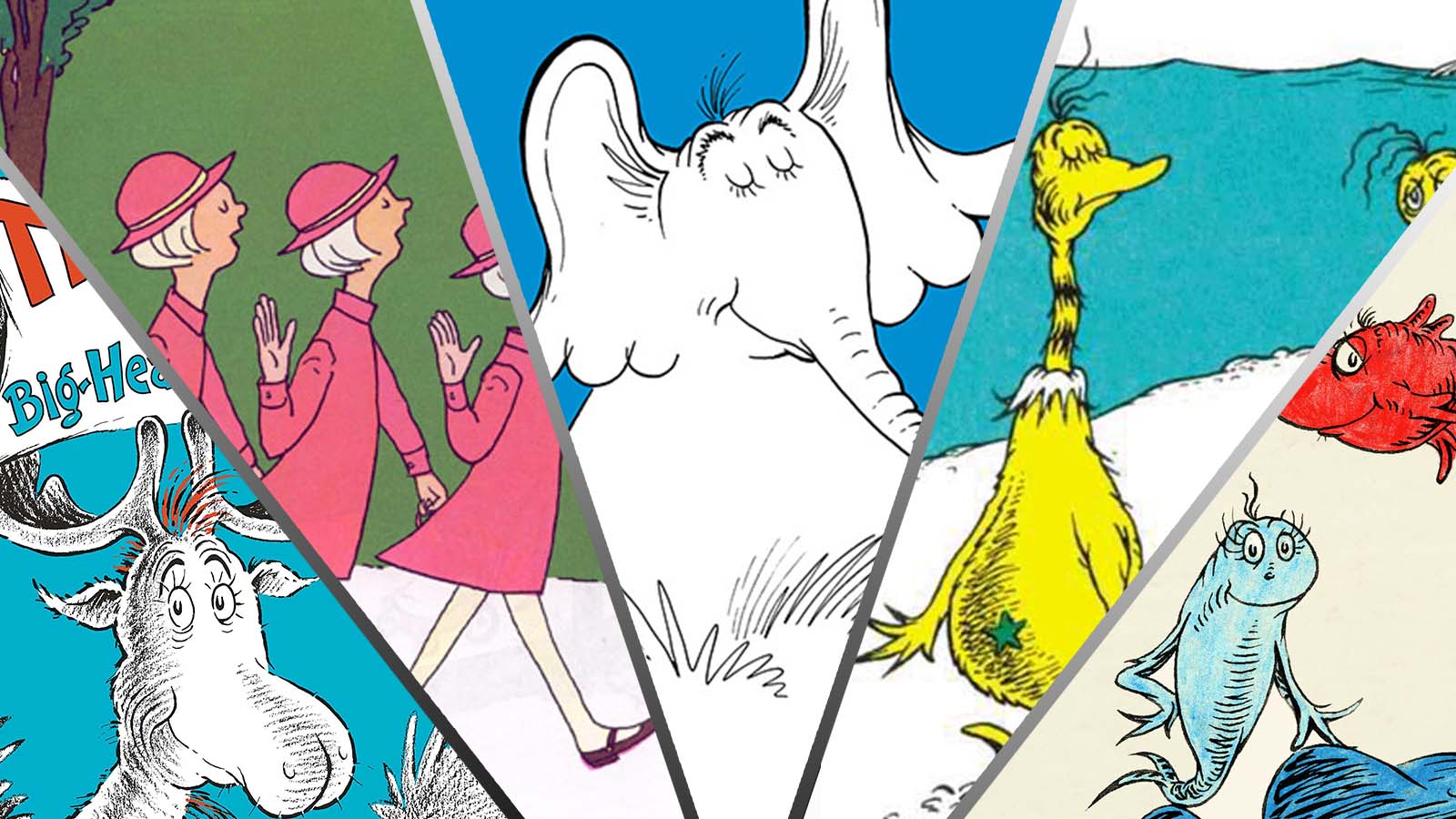 Netflix is adding five exciting titles to its preschool programming list, and breathing new life into classics from Dr. Seuss. The specials and upcoming series will draw inspiration from Horton Hears A Who!, Thidwick The Big-Hearted Moose, Wacky Wednesday, One Fish, Two Fish, Red Fish, Blue Fish, and The Sneetches.

Deadline shared the news today following an announcement from Netflix that names Dustin Ferrer as the showrunner across the five specials and shows. With additional announcements expected in the coming weeks, viewers were made privy to titles and details for the Dr. Seuss magic heading to Netflix.

“In an otherwise perfectly normal town, whenever Wednesday rolls around things suddenly get wacky! Luckily, this town has a ten-year-old Wacky Expert who knows that humor inspires creativity and never fails to solve every wacky problem with an equally wacky solution.”

Horton Hears a Who! (A series with 11-minute episodes)

“This series follows a young Horton as he explores the Jungle of Nool with his two best friends: going on daring adventures, helping their community, and learning how to stand up for what’s fair.”

The Sneetches (A 45-minute special)

“As long as there have been Sneetches on beaches, the Star-Bellies and Moon-Bellies have lived separate lives. But when two young Sneetches form an unlikely friendship, they teach their communities that differences don’t need to be avoided, they can be celebrated.”

“When a grumpy moose leader decides that he wants to be the happiest moose in the pack, he calls upon sweet Thidwick to help him. As this unlikely duo embarks on a comical adventure, Thidwick discovers that the key to happiness is being kind to others.”

“This series follows the adventures of two lovable fish who are different in every way. Red and Blue consistently find themselves in comedic situations that allow them to introduce oppositional vocabulary to our preschool viewers.”

“Introducing concepts of foundational learning, this new slate of programming will explore themes of diversity and respect for others all told through fun and engaging stories that incorporate the whimsical humor, distinctive visuals and rhythmic style of Dr. Seuss.”

President and CEO of Dr. Seuss Enterprises also voiced excitement for the ‘collaborative relationship’ shared between the company and Netflix.

“We are always looking for new and engaging ways to share our stories, characters and messages with the next generation of fans, and Netflix has a unique ability to create original, delightful adaptations of our timeless classics with an emphasis on imagination, fun, and education. Our partnership has been very prosperous thus far with our award-winning animated series Green Eggs and Ham. We hope to continue that success with our upcoming projects.”

While the content is geared towards younger audiences, it seems inevitable that the nostalgia bug will bite all of us, and we’ll soon be tuning in to see what Netflix cooks up.

If you just can’t wait for the upcoming Dr. Seuss additions, you can watch Green Eggs and Ham on Netflix now and prepare for season 2, streaming on April 8.