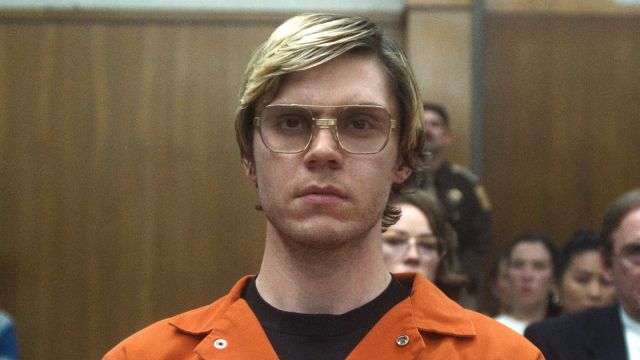 The Internet cannot get enough of true crime and nor can Ryan Murphy and Ian Brennan. The producer duo kept a keen interest in the monstrous success that was DAHMER – Monster: The Jeffrey Dahmer Story, and it seems they are in the talks to create two more installments of the true-crime monster series.

The news was shared via Netflix’s Twitter account, where the streaming platform announced the producers responsible for The Watcher would go on to create two other series related to “monstrous figures who have impacted society.” On top of this groundbreaking news, Netflix also announced The Watcher‘s second season has been officially greenlit.

Following the series’ success about the serial killer portrayed by Evan Peters, it is no surprise that many producers and directors would have kept an eagle-goggled eye on the true-crime genre — even its own creators Murphy and Brennan. DAHMER – Monster: The Jeffrey Dahmer Story‘s overwhelming online response created even more ruckus surrounding the already-popular true-crime genre, cementing the high request for docu-series surrounding the world of serial killers and their crimes.

The duo’s most recent true-crime show, The Watcher, has also successfully dethroned Dahmer on the Netflix charts, ensuring yet- another reason to solidify Murphy and Brennan’s call to continue the true-crime momentum. Much like Dahmer, The Watcher also follows the story of a family followed by a stalker upon moving into a new house, albeit with no deaths following this horrifying tale. Besides The Watcher, and Dahmer, Brennan, and Murphy previously collaborated on Scream Queens and Glee.

The fan reactions online have been mixed, to say the least. Dahmer and The Watcher were hit with overwhelming backlash following the admission that neither show had received permission to be made from the respective family members. In spite of the producers’ alleged attempts to contact everyone involved in the atrocities, families of the victims and the murderers have refused to talk to them, coming forward following the release of both series to announce their disapproval of the capitalization rooted in their very real grief and suffering.

The most recent announcement has been met with a response on par with that of Dahmer and The Watcher, with social media users pleading for the family consensus to see “if it’s actually okay this time.”

Besides the initial announcement, very little information has been brought forward. No release date has been announced, and the subjects of interest in the upcoming installments are also unknown. The Watcher and DAHMER – Monster: The Jeffrey Dahmer Story can both be found and streamed on Netflix.