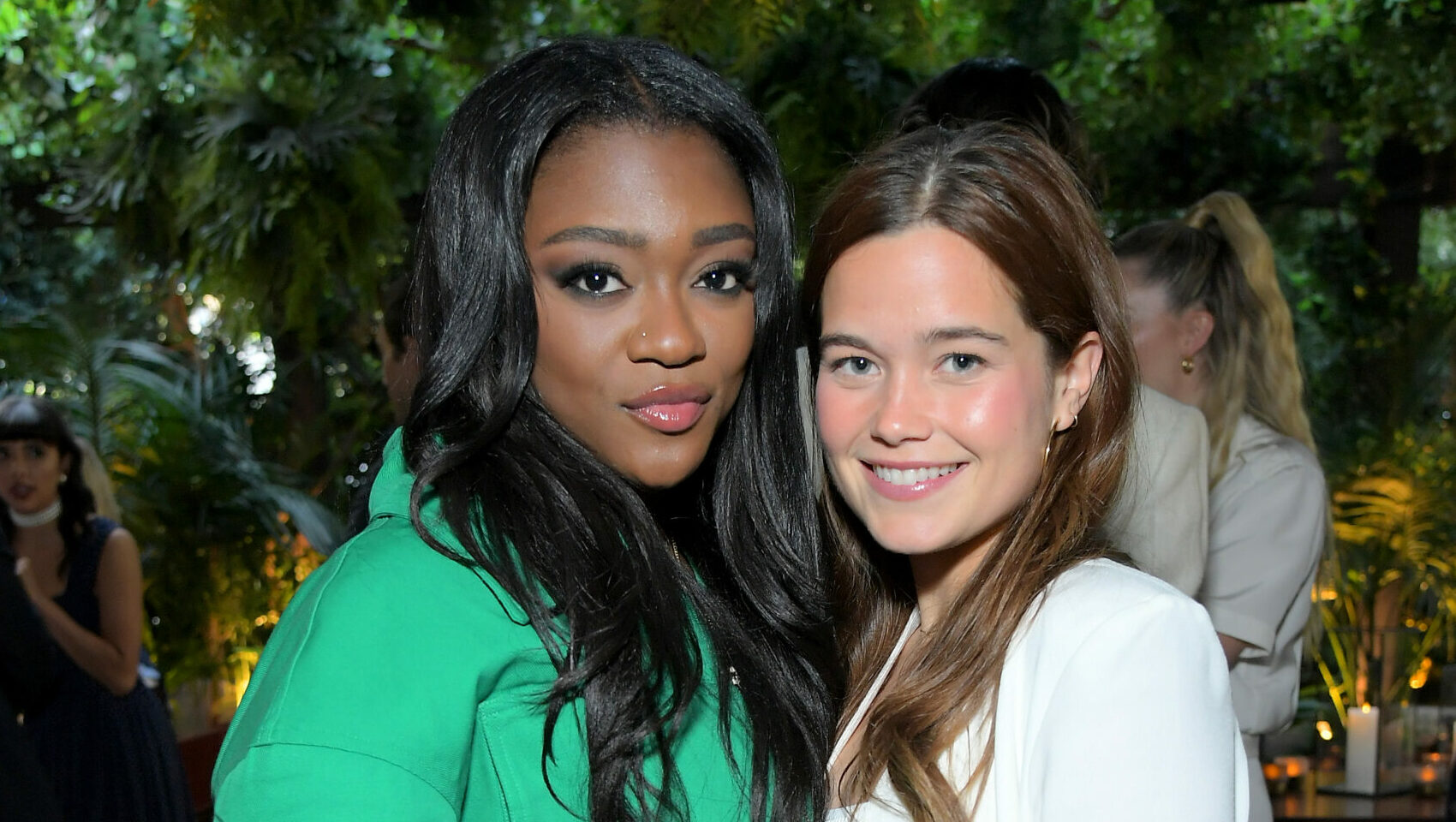 It’s time for love, lust, and bloodthirst in Netflix’s upcoming series First Kill. Geeked Week is bringing fans up close, and personal with the teen romance meets vampire tale, and it’s going to be a ride as sultry as it is forbidden.

To kick off the exciting panel, lead actresses Imani Lewis and Sarah Catherine Hook took viewers through a series of scenes, including several full of tension and romance. At the same time, the pair told fans about all of the hilarious moments they shared during the make-out sessions that looked so sensual on camera.

Lewis and Hook play Calliope and Juliette — starcrossed lovers who are all but put on this planet to hate one another — and more than that, to kill each other. A monster hunter and a vampire — not a romance written in the stars but a saga meant to collapse in the fires of hell.

The panel also took fans through a special titled ‘Fangfiction,’ where they read a passage highlighting how First Kill is all about a series of firsts, not just the deadly kind. It’s first love, first lust, first bites, and first moments of excited hesitation. It’s also about first betrayals and how far they’re willing to go to keep their love alive.

The final look at First Kill is a testament to teen romance and that first love feeling. Both Calliope and Juliette find their draw to one another so strong that they’re willing to fight everything — and everyone they’ve ever known to protect it. They are endgame, but it won’t be a smooth paved road to happily ever after.

You can watch First Kill when it premieres on Netflix this Friday, June 10.