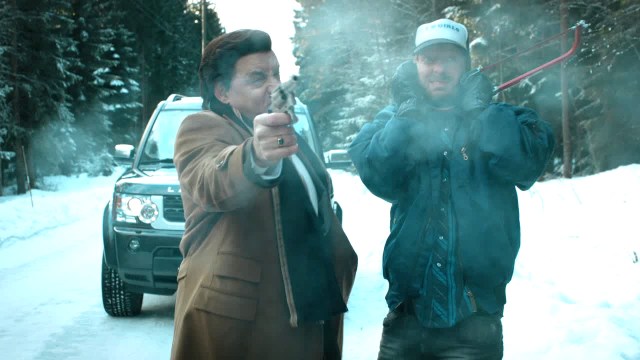 Netflix’s unstoppable drive for content has seen countless high-profile movies and TV shows lost to the sands of time in a matter of weeks, but there was a tinge of bittersweetness to be found when it was revealed last month that the streaming service was poised to allow its first-ever original series Lilyhammer to vanish into the ether.

It wouldn’t have mattered if the Norwegian-American co-production was terrible (which it wasn’t, it’s a widely-acclaimed slow-burning story with a fascinating fish out of water hook), it’ll always hold an important and entirely unique position in history as the first episodic exclusive to emerge from what swiftly became the biggest player in the increasingly-competitive streaming wars.

Lilyhammer first premiered in January 2012, and due to the impending expiration of a 10-year licensing agreement between the platform and the production companies involved, the hard-boiled crime thriller was heading swiftly towards the exit by the end of the year. However, Netflix have revealed to IndieWire that a new agreement has been struck, keeping all 24 episodes of the show as part of the library.

While it’s hardly a game-changing or earth-shattering announcement, it does at least allow Netflix to retain a little piece of its legacy for a while longer. Steven Van Zandt’s baby (which he starred in, produced, wrote, directed, and served as music supervisor) isn’t typically held up as one of the streamer’s all-time greats, but no other project has the distinction of being arriving before it. As the old saying goes, then, you never forget your first.