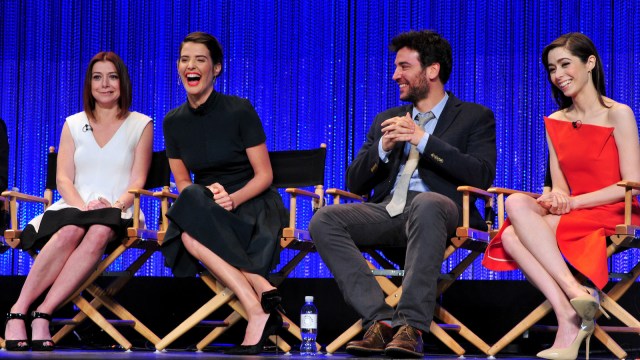 Ever since the first sitcoms aired on television the great debate has raged on — between friends and families that is — what is the greatest sitcom of all time? Sure enough, the question is being asked again, this time on Twitter where a number of fans have weighed in, quote-tweeting clips from their favorite sitcoms.

Thankfully, most users seem not to be acting out a case of recency bias, although in the age of streaming you really can’t tell sometimes. The clips being shared are undoubtedly from sitcoms that most people would call classics, so let’s look at some of them, their merits, and the arguments being made for their “greatest sitcom” title.

First up is the Zooey Deschanel-led New Girl. The show — which also starred Jake Johnson, Lamorne Morris, and Max Greenfield — was about Jess (Deschanel) and her zany adventures with her three roommates. The series ran from 2011 to 2018 for a total of seven seasons. One user thinks it is undoubtedly the best sitcom, tweeting “New Girl is number 1” with a clip of Schmidt (Greenfield) yelling at a child.

Another fan posted this hilarious clip of Winston (Morris) being colorblind alongside “top1 easily.”

Next up to bat is the classic, Modern Family. Modern Family ran for over a decade, for eleven seasons starting in 2009 and finishing up in 2020. The show was a look at one big family and starred Ty Burrell, Julie Bowen, Eric Stonestreet, Jesse Tyler Ferguson, Ed O’Neill, and Sofia Vergara.

One user made it clear that Modern Family was their choice, stating “modern family is the funniest sitcom of all time sorry,” with a clip featuring Claire (Bowen) and her daughter Haley (Sarah Hyland) riding around in a car that Phil (Burrell) recently turned into an advertisement for his real estate business, which unfortunately looks like something else.

Another Modern Family fan tweeted a clip showing a scene of Cameron (Stonestreet) and Mitchell (Ferguson) arguing, except Cameron has a lisp in this scene. The user quoted one of the lines in the clip “oh! one or two. is that all? how blasé.”

Moving away from Modern Family we have Brooklyn Nine-Nine. Brooklyn Nine-Nine starred Andy Samberg, Stephanie Beatriz, Terry Crews, Melissa Fumero, Joe Lo Truglio, and Andre Braugher. The series followed the mostly comedic adventures of detectives in a fictional precinct in the New York Police Department. The series ran for eight seasons from 2013 to 2021. One fan tweeted a clip of Detective Rosa Diaz (Beatriz) telling Captain Holt (Braugher) that his problem was that he needed to ‘bone’ his husband alongside, “idk but brooklyn 99 ON TOP!”

Another fan tweeted a clip of Peralta (Samberg) telling Santiago (Fumero) that he has daddy issues and writing “i miss b99.”

The next show to get a decent amount of shout-outs from fans was obviously going to be here, The Office. The series was a mockumentary-style show that starred Steve Carell, Rainn Wilson, John Krasinski, and Jenna Fischer among a very talented ensemble cast. The series followed a group of office workers who worked for a paper company and it ran for nine seasons from 2005 to 2013.

One fan tweeted “Top 2 and it ain’t 2” alongside a clip of Michael Scott (Carell) critiquing and stopping a musical performance Darryl (Craig Robinson) and a few of the other workers are performing.

Last on the list is How I Met Your Mother. How I Met Your Mother starred Josh Radnor, Neil Patrick Harris, Cobie Smulders, Jason Segel, and Alyson Hannigan. The series followed five friends living in New York City while being framed as the story of how the main character, Ted Mosby (Radnor), met his wife and the mother of his children. It ran for nine seasons from 2005 to 2014.

One How I Met Your Mother fan made their position clear with “This is the greatest sitcom in television history!!!” Alongside that tweet they posted a clip of one of the greatest scenes of the series where the gang tries to pick a club to go to, resulting in some of the best wordplays in sitcom history.

These were not the only sitcoms shouted out of course, as many fans advocated for It’s Always Sunny in Philadelphia, The Big Bang Theory, Parks and Recreation, Abbott Elementary, Community, Superstore, Happy Endings, and Arrested Development.  Although writing as a sitcom fan, the only occasional mention of Friends was quite distressing. But we all have our own tastes when it comes to the sitcom we love to watch when we’re sick, in the mood for a pick-me-up, or just sitting down to dinner with the family.