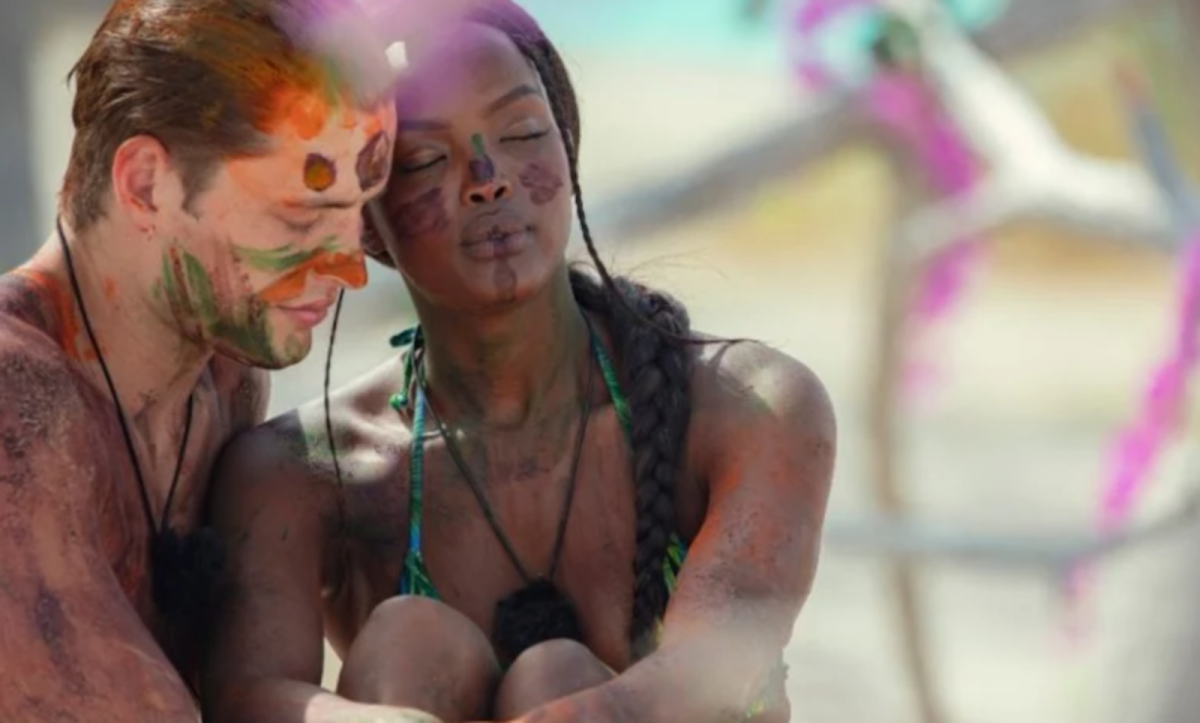 Season four of Too Hot To Handle boasted some of the most entertaining couples on the series so far. One of those couples was Nick and Jawahir. Their coupling was one of the more unexpected relationships to not only start but seemingly take off and thrive, with a few bumps along the way of course. Here is a breakdown of everything that happened in their relationship on the show.

The beginning of Nick and Jawahir

During the first episode, Jawahir talked about what her ideal partner would look like physically, which was the polar opposite of how Nick looked. She mentioned how James and Nigel were more of her type and was interested in getting to know them. Never once did she talk about noticing Nick.

Jawahir also talked about how she would tend to be the one to cut things off with someone before it got too serious, as a defense mechanism that made her feel like she would not be left.

Nick, on the other hand, immediately noticed Jawahir and wanted to get to know her. He did something that had not been seen before on the show, as he really took his time before even making a move. Fans watching the first couple of episodes sometimes even forgot he was there when he was really just meditating and letting the universe know what he wanted, before he finally made his move.

The pair immediately hit it off, as Nick started talking to Jawahir about deep stuff, not just surface-level topics like how she experienced with Seb. Jawahir loved this and while she admitted that Nick was not her ideal type, she decided to give him a chance.

Nick and Jawahir’s relationship blossoming, with a few rule breaks

After Jawahir and Nick’s relationship started to take off, they started to really fall for each other. Jawahir loved the connection that she and Nick were making, and Nick loved showing off his singing to Jawahir. While the two were becmong a fan-favorite couple, they also started to want each other physically, which is to be expected.

They kissed multiple times and even one night indulged in heavy petting, which resulted in an even bigger loss in the prize fund. The two were having so much trouble keeping their hands off of each other that they were challenged with a night in the romantic suite. They became the second couple to have a huge test in the suite.

Although there were many different temptations in the suite that night, the two managed to not lose any money. They also were allowed to stay, as they would have been kicked off the retreat had they done anything physically during that night. After their romantic night in the suite, it seemed like they would have smooth sailing for the rest of the show.

The last episodes of the season

Going back to what Jawahir said at the beginning of Too Hot to Handle season four is important: that she wants to leave someone before it gets too serious. During the show, she talked about how she was adopted which made her feel abandoned and that she did not deserve love. She wanted to get ahead of any situation in the past and be the person to leave, that way she did not feel hurt if the other person left first.

This became key as one of the new people that was brought into the show, Shawn, was the exact physical type of look that she wanted. After hanging out with Shawn for a while, Nick talked to Jawahir and said that she needed to make up her mind about who she wanted to get to know more.

During the girls-only workshop, Jawahir talked about her past and the fact that she felt she did not deserve love but learned that she did. The producers set up an option for Jawahir to go on a date with either Nick or Shawn, essentially forcing her into an ultimatum. She really thought about it and wanted to change her behavior and ended up picking Nick. Although hurt, Shawn showed that he is really a good guy and talked about how he just wanted Jawahir to be happy.

Jawahir and Nick ended up winning the prize fund and took over the hearts of fans everywhere. As of December 18th, 2022, it is unclear if they are still together.

Why Jawahir grew the most out of everyone at the retreat

While most people who were on Too Hot to Handle grew a lot, it is clear that Jawahir grew the most out of everyone. During the first episode of the season, everyone talked about what they were like in relationships and how they acted. Jawahir mentioned all of the time about how she would leave the second it felt like it was starting to become serious, and never wanted to give anything a true chance.

Jawahir was thrown into a situation that replicated what seemed like her love life before coming on the show. She had a great thing going with someone, but became tempted by both someone new and not wanting to be vulnerable. After a workshop and some reflection, Jawahir showed how much she grew by picking the relationship that was going to force her to become vulnerable. She took a lot from this experience.

Some may say that Seb grew the most and while he did indeed grow a lot, it was clearly a lot easier for him to pick Kayla rather than Flavia when he was selected to go on the date. Jawahir really was going back and forth and was truly unsure of what to do. Her growth was a lot more emotional and harder, thus the reason why she grew the most out of everyone at the retreat.