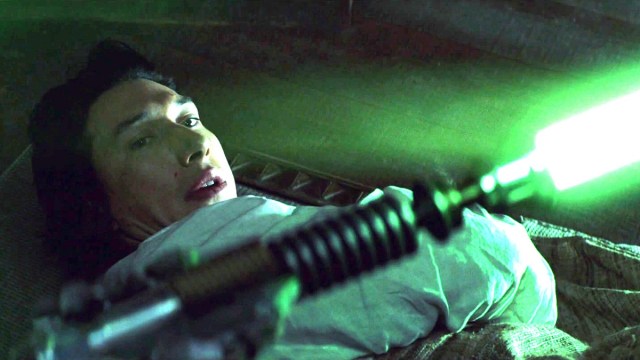 You don’t have to look too hard to find a Star Wars fan that’s grown weary with the Disney era’s insistence on ensuring every film or television project set in a galaxy far, far away comes positively dripping in nostalgia.

Taika Waititi’s in-development movie, Leslye Headland’s streaming series The Acoylte, and Jon Watts’ Skeleton Crew are looking to be exceptions to the rule, and it’s not before time. Rogue One, Solo, The Mandalorian, The Book of Boba Fett, Ahsoka, and Obi-Wan Kenobi all go heavy on the fan service, a little too much at times, but that doesn’t mean folks aren’t entirely against the idea of returning to the well.

Over on Reddit, Star Wars supporters have offered surprisingly positive reactions to the notion of a solo show following the son of Han Solo and Leia Organa before he morphs into Adam Driver, with the prospective Kylo Ren story picking up during his Jedi training, but before Uncle Luke considers murdering him in his sleep.

One potential downside is that it would probably need to feature deepfake Luke Skywalker again, with the dead-eyed recreation of peak era Mark Hamill continuing to split opinion. Then again, anything revolving around the Jedi is guaranteed to generate excitement, especially when it can fill in some of the narrative gaps that were tantalizingly teased in the sequel trilogy without being fully explored.

On the other hand, Star Wars has been way too reliant on over-explaining the minutiae of the mythology, and given the regular criticisms of the saga’s small screen output, there’s no guarantee the creative team would even be able to knock it out of the park.