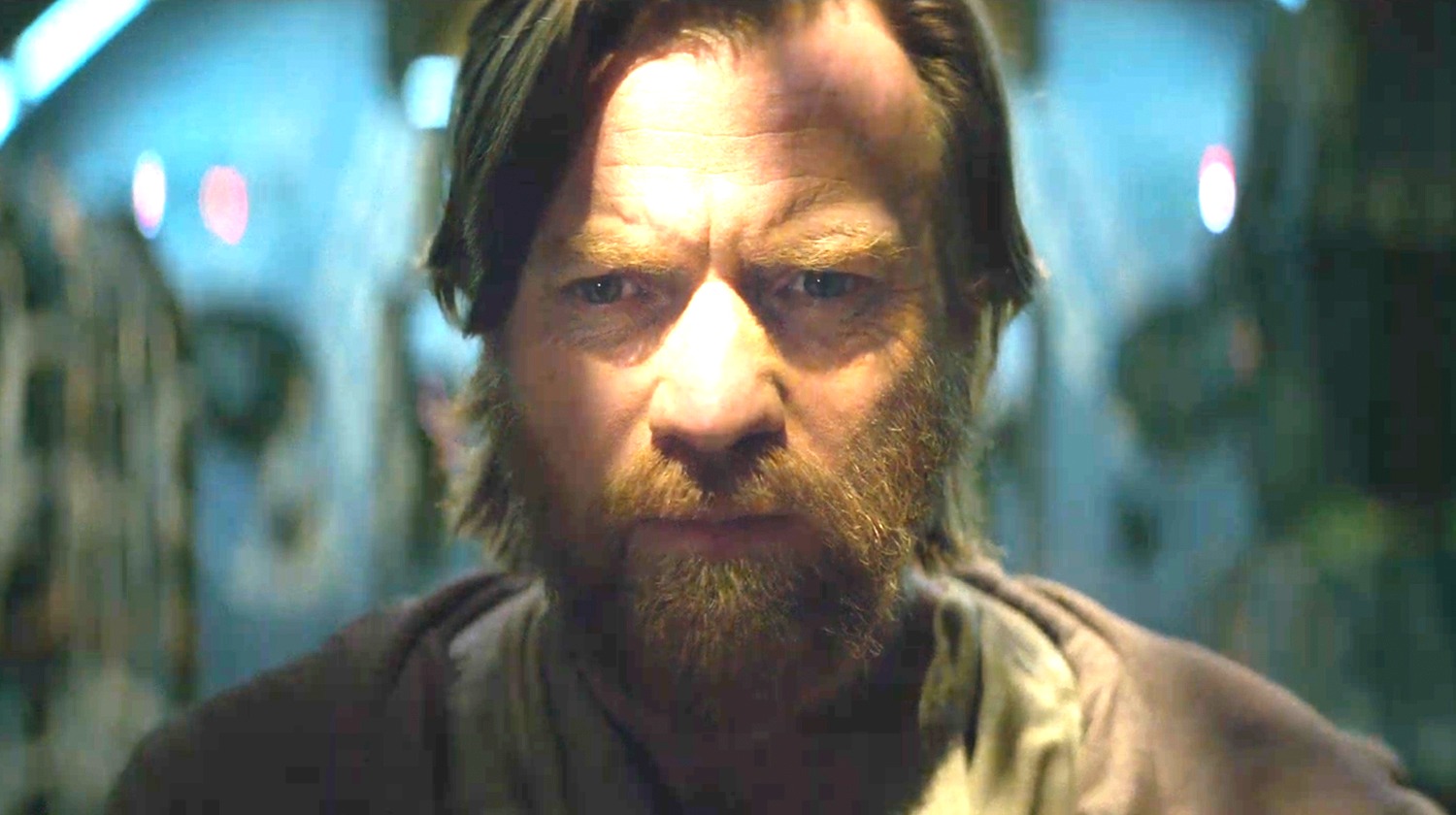 It’s a new week and after the excitement of Obi-Wan Kenobi debuting its first two episodes last Friday, Star Wars fans have had a short break and are now ready for more of the iconic Jedi’s story.

Without wasting any time, here’s where we kick things off for the show’s third installment in a galaxy far, far away…

The episode kicks off with Obi-Wan still aboard the cargo ship we saw him escape on, now attempting to communicate once again with Qui-Gon Jinn through the force, again unsuccessfully.

The Jedi hears the voices of Yoda, Anakin, and Qui-Gon, as well as Reva repeatedly reminding him that Anakin lives. We also get an impressive montage of Anakin being suited up in the notorious Darth Vader armor.

We now travel to Mustafa where Vader communicates with Reva, explaining that finding Kenobi is now their number one priority. Vader also taunts Reva with the promise of promoting her to Grand Inquisitor should she be able to prove herself. On the other side of that coin, should she fail, she will be killed.

Back on the ship, Leia asks Obi-Wan if they’re close to their destination, suggesting that he use his force abilities to speed things up. Obi-Wan returns to his temporary ward her droid, Lola, now fixed before the ship approaches its landing.

Once on the ground, the pair sneak out of the ship, avoiding detection from the droids unloading its contents. Stormtroopers are already on the ground but aren’t able to catch the Jedi. Now, on the mining system Mapuzo, they set out to the meeting point Haja Estree gave them. Obi-Wan begins to have visions of Anakin before snapping out of it when Leia calls for him.

Reva heads back to the Inquisitor headquarters, where she informs the Fifth Brother of where she believes Kenobi has gone. As she attempts to take the seat of the Grand Inquisitor who she seemingly killed last episode, the Fifth Brother stops her using the Force, explaining that he, not her, deserves to take a place by Vader’s side.

Reva retorts, revealing that Vader tasked her with leading the hunt for Kenobi, and with one more warning for her to fall in line, the Fifth Brother takes off.

Now at the meeting point, Obi-Wan believes they’ve been tricked as no one is there to meet them. Leia, looking for help, flags down a truck and despite protests from Obi-Wan, the pair approach the driver and ask for a lift to the nearest travel port.

Cautious, Obi-Wan agrees to get in, and the pair take off towards the city. As to not set off any alarms, they engage in small talk with the driver before the vehicle is stopped by Stormtroopers. They also board, coming face-to-face with the Jedi despite being oblivious.

The Stormtroopers quiz Obi-Wan about who he is and where he is from, and thanks to some quick thinking by Leia, they seem to get away with it. Obi-Wan accidentally calls Leia by her real name instead of their made-up aliases, but with some quick thinking and a story about that being the girl’s mother’s name and how much he reminds him of her, they avoid suspicion.

After the Stormtroopers leave the vehicle, Leia questions Obi-Wan on whether he knew her real mother or if he was in fact her real father. Obviously, the Jedi shuts down both of these ideas, refusing to tell her the truth.

The truck is stopped once again at a random inspection point, but this time it becomes clear that the driver was also suspicious of their identities and brought them here to be taken captive. Things go from bad to worse as a Stormtrooper initiates Protocol 23, calling a droid to ID Obi-Wan.

The Jedi pulls his blaster and takes out the droid along with the Stormtroopers, but one manages to grab a hold of Leia, using her as a hostage before Obi-Wan is able to land a well-timed shot and take him out.

Their freedom is short-lived as more Stormtroopers arrive and the pair are arrested. Though with another twist, it turns out the general was indeed an undercover rebel who was sent to meet them and take them to safety.

Back aboard an Empire ship, the Inquisitors discuss their plan of attack, heading to Mapuzo to mobilize their forces. It’s revealed that Vader has already been informed of Obi-Wan’s location, but it wasn’t from Reva, instead, the Fifth Brother. They then put the entirety of the planet on lockdown so no one can get in or out.

Obi-Wan and Leia are now in the city, but not done hiding as they wait for their new ally to help them find safe passage off the planet.

They enter a droid maintenance factory, where Leia and her droid meet a much bigger droid called NED-B. Inside this building is a safe house for the group to hide in. The undercover Rebel reveals her name is Tala and explains that they aren’t the first Jedi to hide here.

She continues explaining that the Empire isn’t just hunting Jedi, but anyone who is force sensitive, even children. Obi-Wan realizes that a familiar Jedi had been here before him, to which he’s informed that they helped smuggle younglings to safety.

Stormtroopers arrive to search the premises but aren’t able to find anybody. Realizing their location has been compromised, Tala says that they are moving up the timeline and need the ship to be ready now.

Leia asks her to teach her how to shoot a blaster and while Obi-Wan says she isn’t ready, they both agree she will make a great fighter one day.

A Disturbance In The Force

Obi-Wan is stopped in his path while leaving the safe house after feeling a great disturbance in the Force. He takes a second to compose himself but soon looks outside to realize Vader has arrived.

Vader ominously walks down the street as the townspeople hide away until he stops, taking a civilian from his home and choking him to death in the street and snapping the neck of another in an attempt to lure his former master out of hiding.

Obi-Wan sends Leia with Tala, asking her to make sure she gets to Alderaan as he heads out into the street. The Inquisitors reveal that they were told not to engage, simply to search for other Force-sensitives in the town.

Obi-Wan heads into an open quarry where he comes face-to-face with his old padawan, who draws his lightsaber. Obi-Wan first scurries away before drawing his lightsaber also.

The pair come face-to-face once again, and Obi-Wan asks Vader, “What have you become?”. Vader responds, claiming that he became what he is because Obi-Wan made him that way.

Instead of fighting, Obi-Wan runs off once again. Alongside this, we see Reva enter the safe house and pursue Tala and Leia as they flee.

Obi-Wan and Vader come to blows. It seems the Jedi is completely outmatched, just barely managing to hold his own. Meanwhile, Leia is sent on her own towards the ship as Tala turns back to help Obi-Wan.

Vader taunts Obi-Wan, saying he should have killed him when he had the chance. Now cornered, Darth Vader lifts Obi-Wan into the air with his force choke, lighting the ground on fire around him. Obi-Wan is then thrust into the flames to suffer the same way Anakin did.

As a crowd of Stormtroopers builds up around him, Tala begins firing upon them, providing enough of a distraction for Obi-Wan to get away with the help of NED-B. Despite having the ability to stop them, it seems Vader allows them to get away.

Leia reaches the help she was set to find at the end of the path, though they aren’t in great shape, having been killed by Reva. The episode concludes with the Inquisitor saying to Leia that she will take her from here, which quickly sends the girl running.

Obi-Wan’s troubles are far from over, as the Jedi not only fights for his own life getting away from Vader and the Empire, but now needs to consider recovering Leia once again. A task that is going to be far more difficult if she has truly fallen into the hands of Reva.

Now at the midseason mark, Star Wars fans have three episodes of Obi-Wan Kenobi, with each scheduled to drop every Wednesday, exclusively on Disney Plus. Strap in. It’s only going to get worse for Old Ben from here on out.