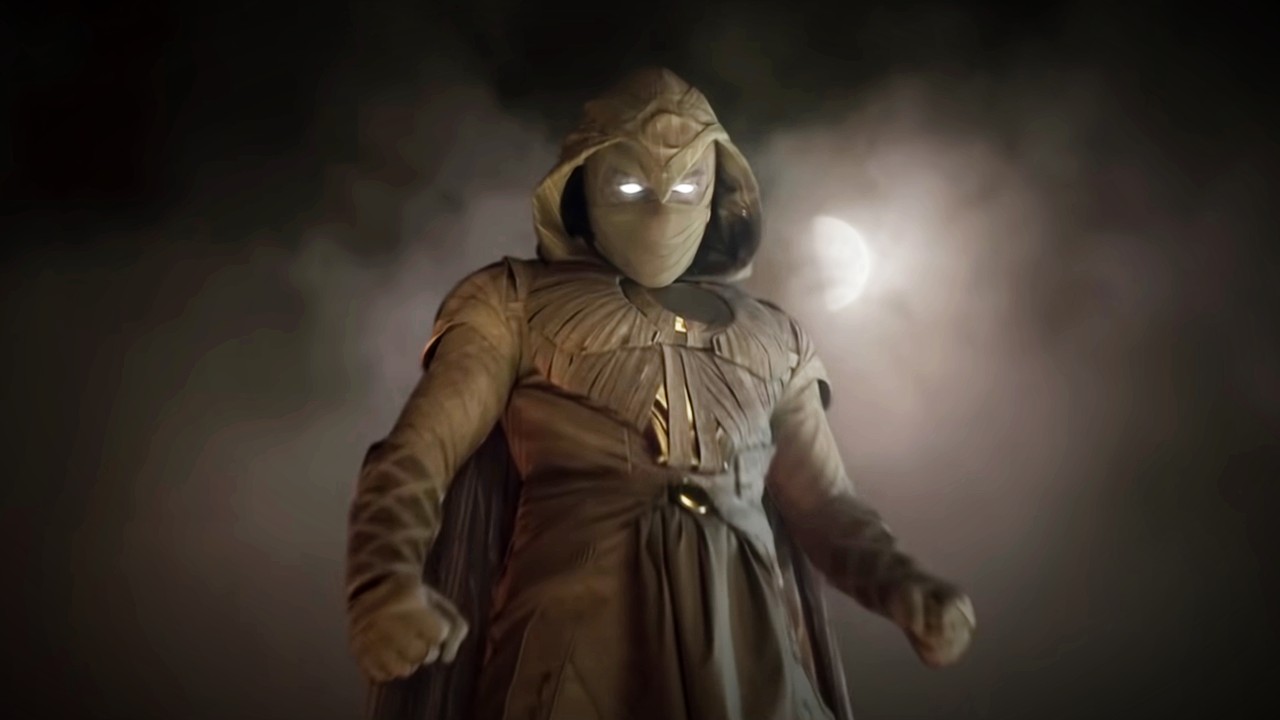 Since the first Moon Knight trailer dropped in January, tongues have been wagging about Oscar Isaac’s English accent. Some find it very silly, but others (notably many actual Londoners) think he’s nailed it. We’ve been sent the first four episodes of the show by Marvel, and can confirm that the Steven Grant personality is practically the core Moon Knight persona, and that the story is told from his perspective.

So, basically, if you don’t like the accent, you’d better get used to it, as it’s front and center throughout the show. Isaac expanded on how he developed Grant’s voice and character in today’s Moon Knight press conference, which We Got This Covered attended.

Isaac revealed that his first approach to the character was:

What if Peter Sellers was in a Marvel project?

He then went on to list a surprising direct influence:

That led me to Karl Pilkington from An Idiot Abroad. Not so much for the accent but for his sense of humor where he can’t tell he’s being funny.

Karl Pilkington is a longtime collaborator with The Office creator Ricky Gervais. He got his break on Gervais’ podcast, and his travelogue show An Idiot Abroad is absolutely hilarious. Pilkington is perhaps the single strangest inspiration I’ve ever heard for a Marvel hero, though having seen the show, it actually makes a good deal of sense. Isaac also mentioned that he paid attention to comedian Russell Kane while developing the voice.

He then provided a specific geographical source for his accent:

I thought about the Jewish community in London and where a lot of that community is from – in Enfield. I started listening to accents in North East London and just committed to that. And then I found this guy, it wasn’t just about the accent but about his timidness and wanting to connect with people but not quite knowing how.

You’ll be able to judge for yourself whether he’s successfully captured the accent very soon. Moon Knight‘s first episode will land next Wednesday, and is an excellent showcase for a character who’s the polar opposite of your typical Marvel superhero.

Moon Knight airs on Disney Plus on March 30.