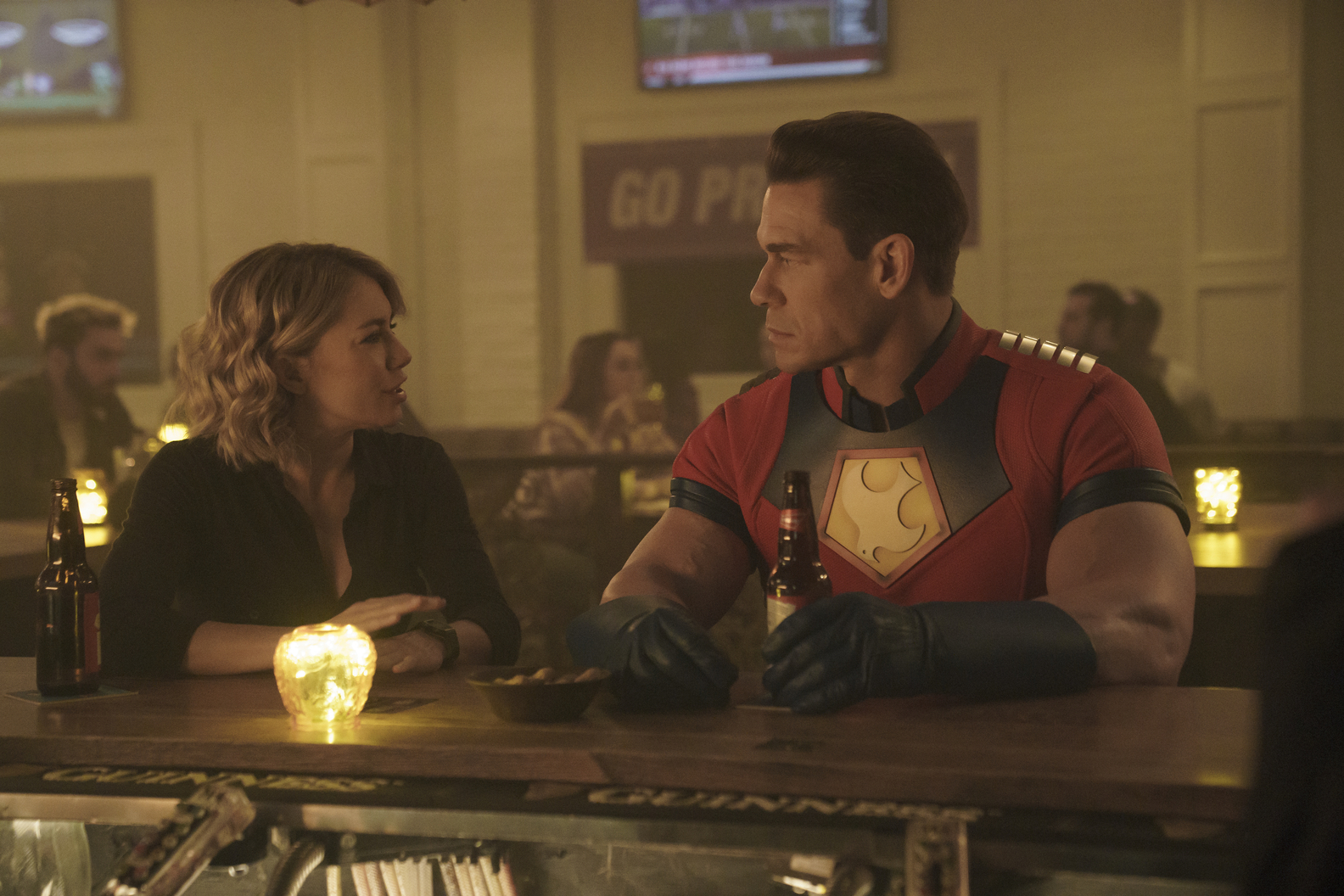 Photograph by Courtesy of HBO Max

Peacemaker actor Jennifer Holland, who reprises her role as A.R.G.U.S. agent Emilia Harcourt from the film The Suicide Squad, is touting episode six of the series as her personal favorite.

This comes after showrunner James Gunn revealed the episode he’s most excited for people to see is the finale, the secretive episode eight, although Gunn mentioned episode six holds a “special place” in his heart.

The HBO Max series set in the DC shared cinematic universe (whatever that means these days) follows the continued adventures of John Cena’s Christopher Smith, AKA Peacemaker. In The Suicide Squad, Peacemaker has a modus operandi of mowing down any man, woman, or child who gets in the way of his mission of securing “peace.”

Peacemaker is once again recruited to a top-secret mission, known as Project Butterfly, when he is held at gunpoint by government operatives Emilia and Steve Agee’s John Economos (at the behest of Viola Davis’ Amanda Waller).

The show’s first three episodes were released last week to critical acclaim, with episode four premiering Thursday. But according to Holland, it’s the episode slated for release two weeks from now that holds particular importance for many of the characters.

“My favorite episode is episode six,” she told ScreenRant.

Holland went on to say that though she also finds the eight-episode, the finale, “really incredible” and also an episode she loves, episode six takes the cake because of “so many important things that happen for so many of the character arcs.”

“Everyone really gets a good character arc. There’s one character arc that doesn’t really come full circle until episode eight, but a lot of character arcs come to some crescendo to some degree or hit a climax in that episode and it’s just such a wonderful nuanced episode,” she said.

Holland went on to explain that episode six was actually the last episode they filmed and one that featured showrunner James Gunn behind the lens as director.

With everyone in the cast having “really gotten as comfortable as possible with the characters by that point,” and Gunn himself having a steady hand behind the lens and “knowing what he was doing with the show,” she said, “everything just kind of flowed.”

“It is, I think, the most beautifully nuanced episode in the series, myself,” Holland concluded.

Peacemaker is on HBO Max now.