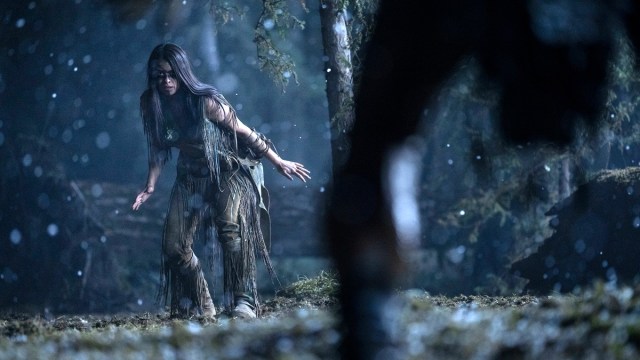 The 2022 Prey movie reinvigorated a brand which previously suffered from bad sequels and had strayed from the tone of its initial outing. Now, one of its stars is going off to a series with a similar trajectory and could not be more excited to bring it back to life.

Amber Midthunder makes the comments about her turn in a new take on Avatar: The Last Airbender being developed for Netflix in a report published by Empire. Midthunder says the original animation was a formative thing earlier in her life, she has re-watched it and she has a great fondness for the character she is going to bring to life in the multi-episode project by Dan Lin.

“I’m geeking out! I loved Avatar as a kid. I rewatched it recently and I love that character [the Northern Water Tribe’s Princess Yue]. I’m very excited.”

Midthunder does not reveal anything else about the work in the article. This will not be the IP’s first time with human beings performing. It was previously adapted by M. Night Shyamalan in 2010 to universal loathing from critics and audiences. He is not involved with the new project, and, based on Midthunder’s comments about how Prey was presented to the communities represented in it before release, it sounds like she will be putting in similar care with the beloved fantasy children’s series.

“We did a pre-screening, before the movie was even done, in Oklahoma for them and I hid in the back of the theatre. Watching it in that environment was so moving. It’s been such an emotional experience being with my own people, or other native people, and getting to see what this means to the people that it represents. To be received as well as we’ve been received by so many different types of people [including] indigenous communities… I feel very satisfied, to say the least.”

Midthunder’s next project is Avatar: The Last Airbender. Others in the work include Gordon Cormier and Daniel Dae Kim. Midthunder began acting in 2001 and since her screen debut she has been in work like Swing Vote, Hell or High Water, Legion, and Roswell, New Mexico. She was born in New Mexico and has also been on the Reservation Dogs television show, as well.