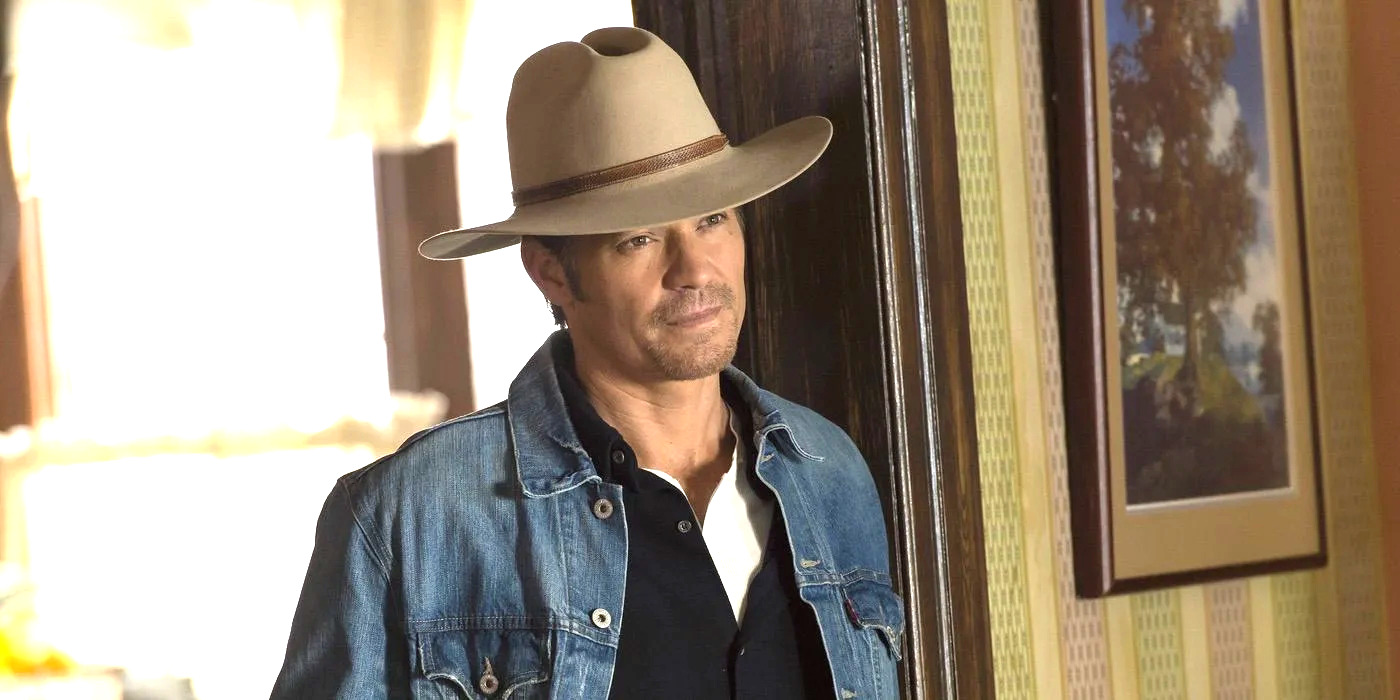 Quentin Tarantino remains adamant that he’s retiring from feature film directing after his tenth movie, but there’s nothing stopping the two-time Academy Award winner from taking his talents to the small screen, as evidenced by the fact Deadline is reporting that he’s in talks to helm an episode or two of FX’s revival Justified: City Primeval.

It might come as a surprise to hear the Pulp Fiction and Reservoir Dogs icon is heading to television, but it makes sense on a number of fronts. Author Elmore Leonard created the Raylan Givens character that served as the basis for Justified, and he also wrote the novel Rum Punch, which was adapted by Tarantino as Jackie Brown.

Not only that, but Justified star and executive producer Timothy Olyphant played a supporting role in Once Upon a Time in Hollywood as James Stacy, so there are several pieces that fit snugly together. Tarantino hasn’t stepped behind the camera on a TV show since CSI: Crime Scene Investigation‘s 2005 episode “Grave Danger”, so this is a very big deal.

City Primeval will pick up eight years after the Justified finale, with Olyphant’s U.S. Marshal now back in Miami having left Kentucky behind, where the modern-day cowboy will eventually find himself in Detroit on the trail of a violent criminal known as the Oklahoma Wildman. There’s no official confirmation as of yet, but fingers crossed Tarantino signs on the dotted line.