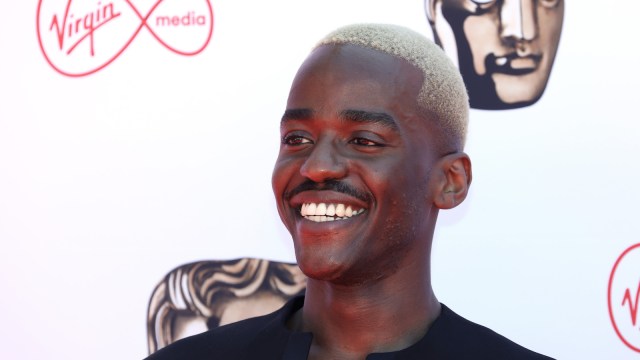 Every time Doctor Who has to choose a new lead to portray the next incarnation of the titular character, the crew goes through an exhaustive audition process that involves evaluating dozens, if not hundreds, of thespians of different ages, genders, and calibers.

And who can even tell if they eventually settle on the right person for the role? What if another one of the candidates could’ve done a better job of it? How long do you think the producers wonder these same thoughts, worried that their pick will end up ruining the show and alienating audiences?

Well, in the case of Ncuti Gatwa, Russell T. Davies knew it was going to be him as soon as the Scottish actor walked into the room. Hyping up his prospects in an excerpt on Time magazine (per RadioTimes), here’s what the returning showrunner said of Gatwa’s audition tape.

“I’d watched him on screen, and thought I had the measure of him until he walked into the room for the Doctor Who audition,” Russell wrote. “Bang. Thunderbolt. And bear in mind, for UK TV, the part of the Doctor is the Crown Jewels, it’s history, it’s tradition, it’s… oh, sod that, I said, and threw it at him. He’s conquered the world. Now all of time and space is his.”

Gatwa is following in the footsteps of legendary performers and iconic Doctors such as David Tennant’s 10th, Matt Smith’s 11th, and Peter Capaldi’s 12th. Even Jodie Whittaker’s 13th, who, despite a lackluster run consisting of middling episodes, was a beloved and revered Doctor in her own right. In other words, the bar is set high, but Whovians seem to have confidence in the new actor and trust in Davies’ words.

Speaking of Jodie, the 13th is returning one last time for her regeneration episode, the Doctor Who: Centenary Special, and probably handing over the TARDIS key and the sonic screwdriver at the end of it. The episode is expected to air sometime in October.