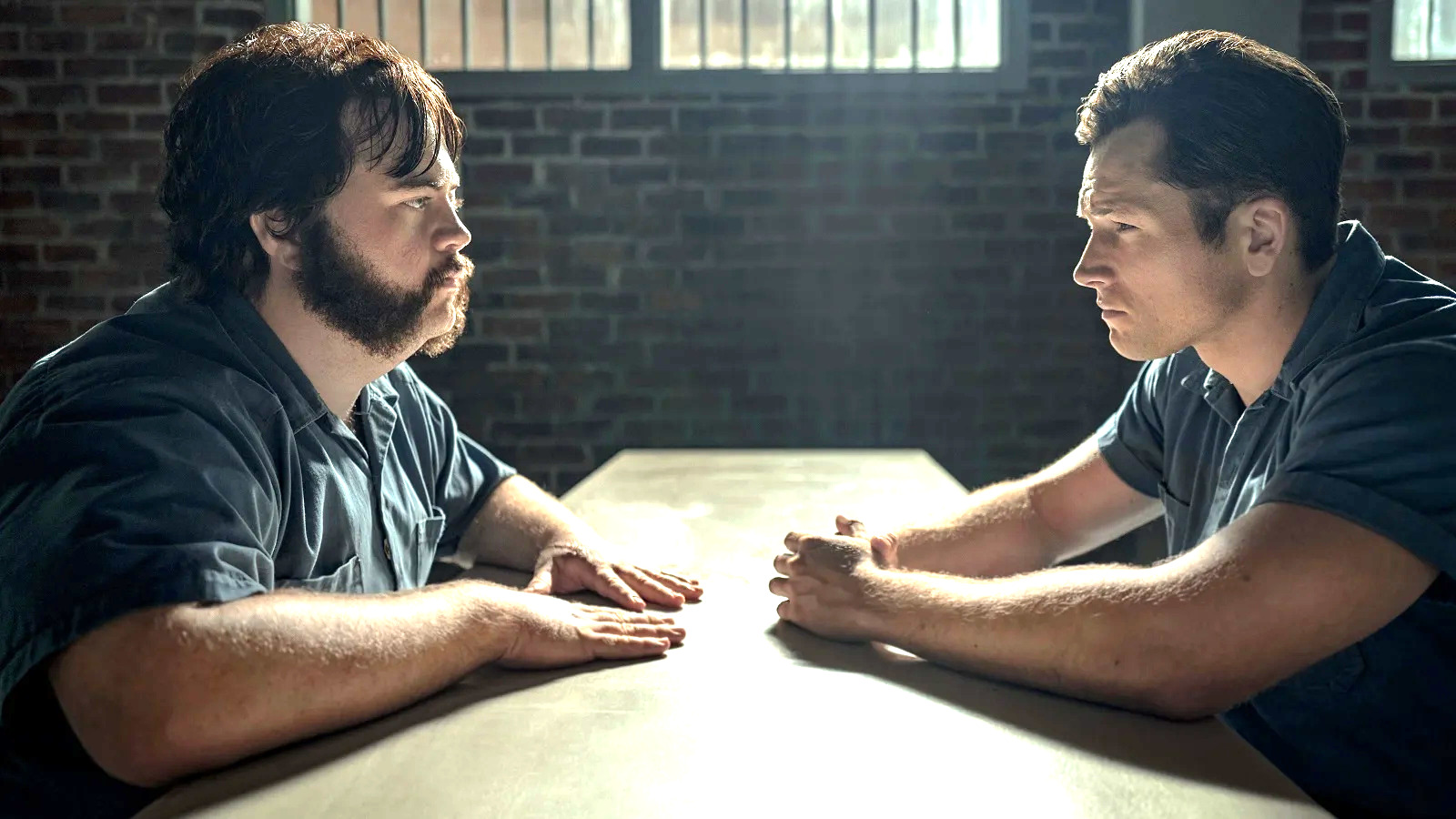 This concisely plotted drama from Apple, marks the arrival of Taron Egerton to small screens, as he shines alongside an ensemble cast on fire. Gritty, unsettling, and flawless, 'Black Bird' is worth the investment.

With the arrival of Black Bird, which hits Apple TV on July 8, reasons not to sign up are running out. Taron Egerton (Rocketman) is back on our screens at full force as Jimmy Keene, full-time drug dealer and charismatic powerhouse, while Black Bird also benefits from a supremely structured adaptation courtesy of Dennis Lehane.

Based on the autobiography by Keene titled In With The Devil: A Fallen Hero, A Serial Killer, and A Dangerous Bargain for Redemption. Black Bird tells the story of a man who sweet talks waitresses and possesses a fine line in patter, before landing behind bars after a raid.

Caught with serious amounts of powder, stacks of cash, and some literal smoking guns, Keene is arrested, arraigned and incarcerated. With an ex-beat cop for a father (Ray Liotta) who strongly advises him to strike a plea bargain, Jimmy is left blowing in the wind when a 10-year sentence gets handed down. After seven months behind bars, a lifeline comes from justice, who wishes Jimmy to use his people skills to extract information from Larry Hall (Paul Walter Hauser), a convicted serial killer set to walk free unless he can be implicated in another murder.

So begins a courting period between agent Lauren McCauley (Sepideh Moafi) and Jimmy, who engage in psychological mind games (and some mild flirtation) before getting down to business. Throughout this screentime, there are flashbacks which introduce Larry, and more importantly, his captor Brian Miller (Greg Kinnear). As Black Bird plays out, a clever combination of past and present moments converge, allowing audiences to get drawn into the drama.

Early on it becomes apparent that this series is not all about Jimmy. Egerton is excellent as the smooth-talking drug dealer, but his scenes with Moafi are about so many other things. Power dynamics, gender politics and family all come into play during their exchanges, as Lauren slowly gets under his skin. Similarly, Miller proves to be more than just a stereotypical detective, as Kinnear imbues him with flaws and foibles that add so much to the character.

As with anything of depth, Black Bird is about establishing relationships and then exploring them to the point where obstacles are overcome. In the setup, which touches on Jimmy’s unstable family life and need to charm everyone, Egerton allows himself to be genuinely vulnerable – revealing insecurities in his cocksure criminal that generates empathy.

In opposition to that, Hauser intentionally avoids eye contact, mumbles quietly, and broods behind massive side burns. To a certain extent, his performance is reminiscent of Cameron Britton as Edmund Kemper in Mindhunter. However, although Hauser is quieter and more reserved, they do both possess a disarmingly placid demeanor.

There are so many examples of quality in the early episodes of the series, so much so that audiences will be hard pushed to find fault, as it consistently delivers on every level. After her powerful turn as Niki in The Killing of Two Lovers, Sepideh more than holds her own up against Oscar nominee Kinnear, as well as Egerton on blistering form.

Showing poise, pathos and a presence which feels natural, McCauley is one-part mother hen and two-part ball buster; a combination which proves formidable opposite Egerton, who leads from the front alongside an ensemble on fire to not only help deliver a limited series with the quality of True Detective, but keeping it dramatically consistent in the process. In turn, this makes it the best slice of homegrown Apple content going right now, from a company making waves.

After the misfire of Loot, which promised so much on paper, this Lehane adaptation feels like vintage wine, offering a deep dive into darkness with a unique twist on established conventions. Not only creating an enthralling drama for audiences to engage with, but proving that not every “inspired by true story” tagline is there for marketing purposes.

With Roar, Severance, and Slow Horses leading the charge in terms of new content, Black Bird only adds to the embarrassment of riches on offer through Apple TV right now. Surely the question of subscription now comes down to when rather than if.

This concisely plotted drama from Apple, marks the arrival of Taron Egerton to small screens, as he shines alongside an ensemble cast on fire. Gritty, unsettling, and flawless, 'Black Bird' is worth the investment.