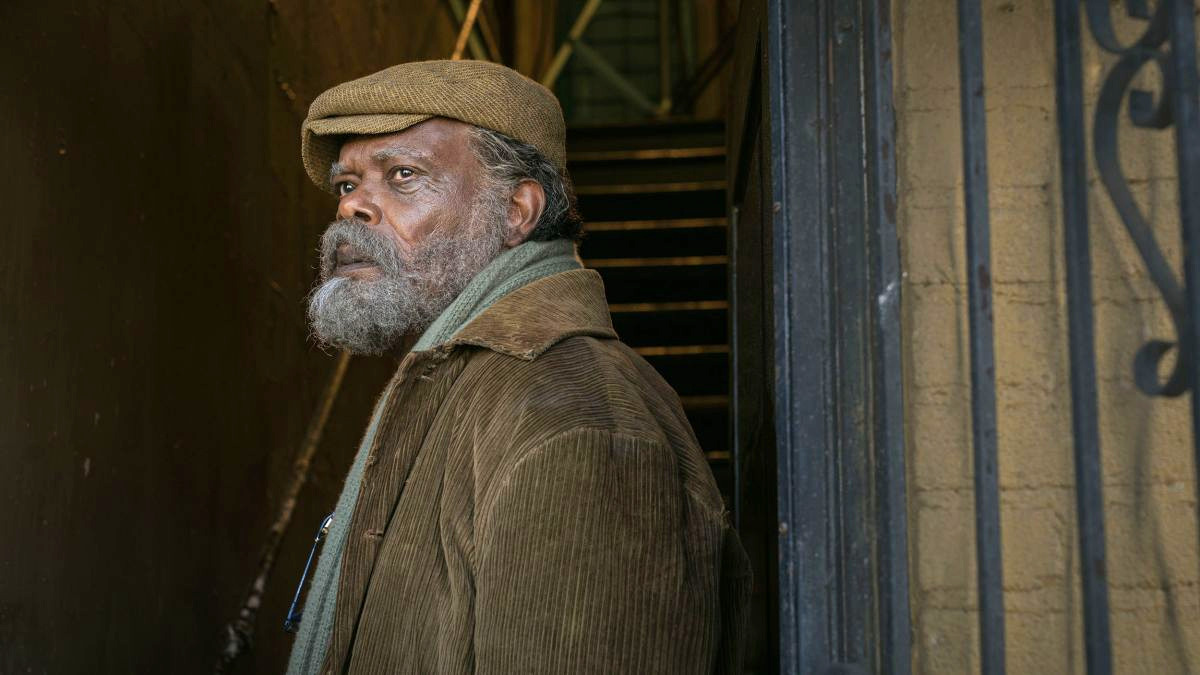 Samuel L. Jackson and an ensemble cast excel in an adaptation which fails to dig deep enough.

In many respects, The Last Days of Ptolemy Grey, adapted by James Mosley from his own novel, shares more than a little DNA with Florian Zeller’s The Father.

Both deal with mental decline, employ set design and cinematography to disorientate, while in each case a revered character actor holds court. Disintegrating relationships and psychological isolation play their part in both, while memories either fade into the ether or voraciously come to life. Where they deviate is in their structural choices, as one chooses to remain intentionally static within one shapeshifting location, while another ventures outside to lose some dramatic heft in the process.

In each, there is a strong central connection between people of different generations, who bring their own difficulties into an already difficult situation. Where the Apple original moves away from the Anthony Hopkins Oscar-winner is in size and ambition, not to mention budget. However, it can be argued that the latter puts the multi-billion-dollar corporation at a disadvantage, because with the luxury of an infinite sandbox, there is a temptation to overindulge.

What comes through most strongly in this Samuel L. Jackson showcase is a sense of missed opportunity, although some clarity is required before perceiving that as a negative, because there’s no doubt that The Last Days of Ptolemy Grey is anything other than a polished piece of drama.

Dementia in all the unpleasant incarnations are brought to life with genuine invention, allowing audiences to share the experience, which in turn adds a richness to anything that follows. Connections made between Ptolemy and Reggie, portrayed by Omar Benson Miller, or Dominique Fishback’s Robyn, are truly touching. As joint caretakers to Ptolemy, each actor shines in their own unique way, building a tangible rapport that makes a difference.

Similarly, there is great flair and panache evoked in the scenes which intentionally share time periods, giving Jackson ample opportunity to really depict a man perpetually invaded by his past. If Ptolemy Grey suffers from a lack of momentum in the opening two hours, these are the elements which will keep people interested. Beyond that, the series brings in peripheral characters designed to cause friction, raise suspicions and pad out a plot which seems solely concerned with its central performance.

Money-grabbing members of Ptolemy’s extended family get limited screen time, including DeRon Horton as Hilly and Marsha Stephanie Blake as Niecie. It is also a fate that befalls Walton Goggins’ Doctor Rubin, who plays a pivotal part in the underpinning point of James Mosley’s story to begin with. What if dementia and mental deterioration were eradicated completely, becoming a thing of the past? This is the show which asks that question, offering up a flesh and blood answer, whilst looking beyond mere superficial change.

Jackson takes great pleasure in this transformation, having existed beneath a mop of hair and shaggy beard for too long. As his self-awareness grows and a more optimistic Ptolemy emerges, he takes a keen interest in family and puts his affairs in order. In many ways, this is the turning point for a show with loftier ambitions, which wants to really take advantage of Apple’s financial backing. So much so, that these creatives are prepared to sacrifice a more satisfying resolution in the process.

Despite the underlying themes which deal with a loss of identity through dementia, as well as contemporary treatment of an older generation, the show fails to dig deep enough. It may have two solid central performances from Jackson and Fishback, alongside an engaging-if-underwritten ensemble cast, but something is missing. Notions of memory enhancement have been cleverly explored in some other mainstream efforts like Bradley Cooper’s Limitless, but Ptolemy Grey had the chance to approach it from another direction.

Instead, what audiences get is a family melodrama where mental illness is addressed on the way to another destination. There’s no doubting the sincerity of those involved, but ultimately this glossy slice of streaming content lacks teeth in its latter stages. Moments of pathos between Ptolemy and Robyn might make up for those inherent shortcomings early on, but unfortunately the latest offering from Apple is likely to disappoint anyone outside of diehard Samuel L. Jackson fans.

Samuel L. Jackson and an ensemble cast excel in an adaptation which fails to dig deep enough.