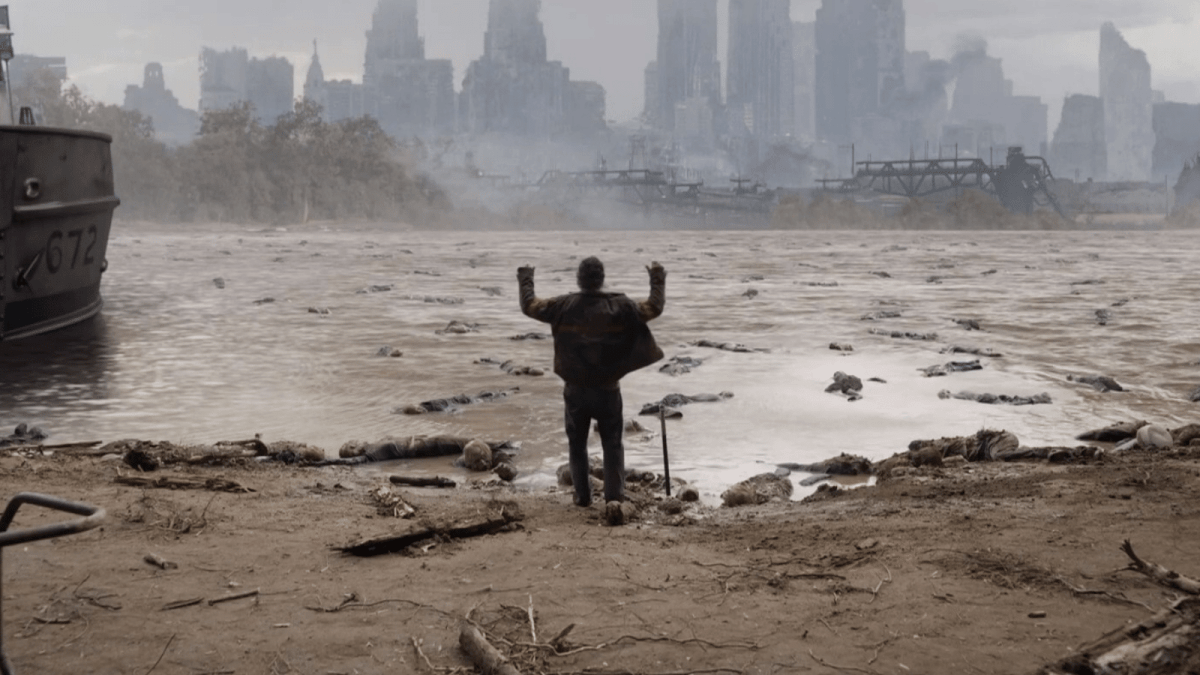 The Walking Dead finally came to an end after 11 seasons, and the final few minutes of the zombie drama saw the surprise return of Andrew Lincoln and Danai Gurira as Rick and Michonne, respectively.

Granted, the pair didn’t stroll through the gates of Alexandria hand-in-hand to give Judith and RJ a big hug for what would have been an ultimately happy ending. Instead, the pair is separated, and the sequence serves as a little bit of a situation report and setup for the events of their upcoming untitled spinoff. Rick and Michonne are each seen penning letters outlining their undying love for each other and their families and the will they have to see their inevitable reunion through.

However, when we finally see Rick in the frame, he appears to be in a slightly sticky situation, with a helicopter flagging him down and muddy Walker heads nipping at his toes. Where is he, and how did he end up here?

Rick’s situation at the end of ‘The Walking Dead’

Wherever Rick has found himself, he clearly doesn’t want to have been found by whomever it is that has tracked him down in the helicopter. Shortly after tossing a bottle with his letter into the river, Rick hears helicopter blades and is panicked at the sound of them.

A voice booms over a loudspeaker, “Consignee Grimes, you have been located and are instructed to surrender. Remain in place with your hands up.” Frustrated, Rick skewers a nearby Walker buried in the mud. The voice continues, “Come on, Rick. It’s like he told you—there’s no escape for the living.”

Rick complies with the instructions begrudgingly, but as the scene fades out, the scowl on his face turns into a smile, indicating that perhaps he intended to be caught or that he’s at least about to make the best of his situation.

Who is in the helicopter?

We last saw Rick critically injured and whisked away aboard a helicopter, accompanied by Jadis, who used him as a bargaining chip to gain entry to some large, far-off settlement. That settlement is the Civic Republic, protected by the Civic Republic Military, or CRM for short. They’re likely also the “third parties,” which Horsnby referred to when pleading with Governor Milton for his life, explaining that the Commonwealth’s relationship with them could become complicated with his disappearance.

This is because The Commonwealth was discreetly shipping people to them, either to be enlisted as one of their soldiers or to be used in scientific experiments around undead reanimation, effectively meaning their lives are forfeit. It is implied that Connie may have faced such a fate, had a number of Alexandrians not intervened.

Jadis had a similar deal with the CRM while running the Scavengers. Throughout her time on the show, we often heard her refer to people as “A” or “B,” deeming Rick a “B” to the disembodied voice which airlifts them out of the show.

In The Walking Dead: World Beyond, we got an explanation behind Jadis’ A and B designations.

A’s were to be infected and sent off to the CRM for reanimation experimentation. The B designation still appears to be a little murky, but the leading theory is that B’s are recruits for the CRM’s military, which would make sense, considering the voice speaking to Rick from the helicopter refers to him as a “consignee.”

Naturally, Rick has always been more of a free spirit and less of a yes-man. Off camera, he likely didn’t take too kindly to being recruited as a CRM grunt, instead attempting to make his escape and try to roam the post-apocalyptic wastelands in hopes of reuniting with his family. Suffice to say, it didn’t go to plan for him, and he’ll likely be facing repercussions for his disappearing act.

In any case, if World Beyond didn’t disprove leading theories about what we thought had happened to Rick, The Walking Dead’s finale certainly did.