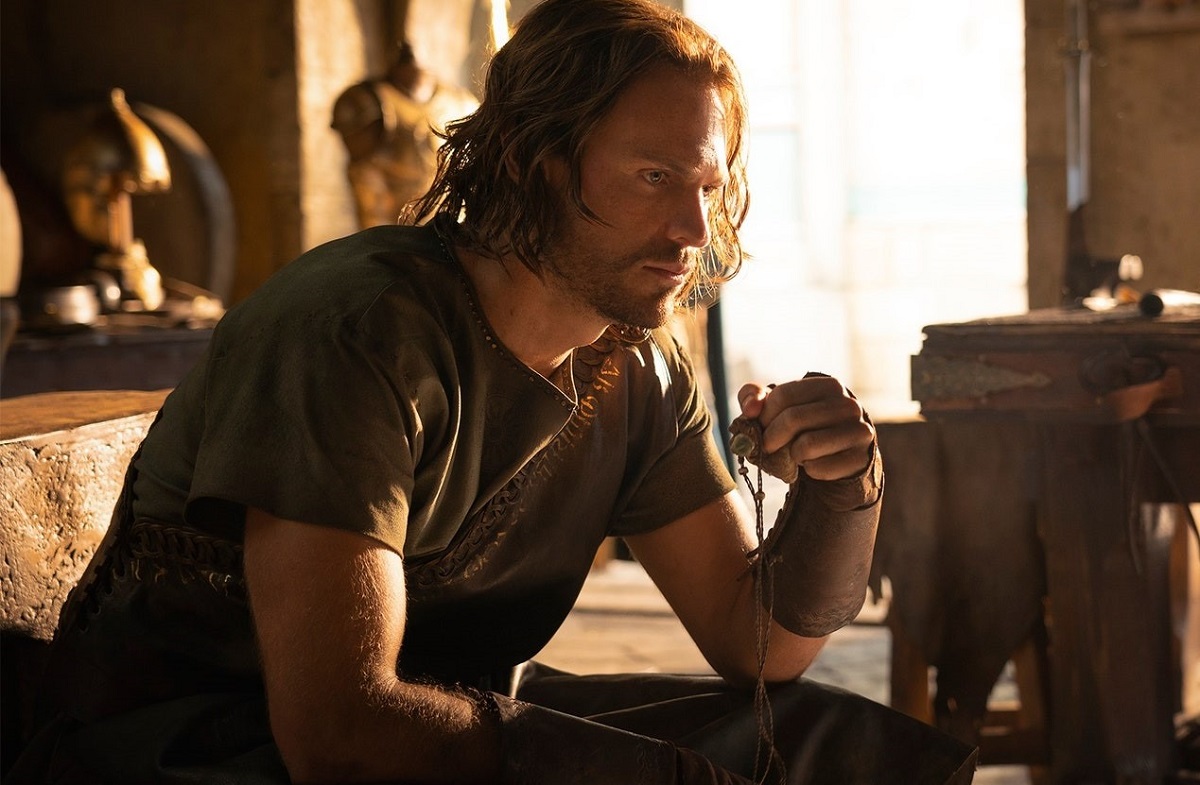 One of the biggest topics when it comes to The Lord of the Rings: The Rings of Power is who exactly will be revealed as Sauron. Fans have been bending over backward to try and make one of the characters we have already met fit into the mold of the dark lord. With Sauron known to be able to change his form and conceal his true intentions, it’s easy to suspect a few characters, but after the last episode, one in particular seems to have a lot of fans confused.

There are many figures that have been created specifically for the show, and because of their lack of background, fans can speculate about who they really are. Two of these have kept everyone guessing above all; the Stranger who fell from the sky and the man found in the middle of the sea, Halbrand. Of the latter, there is still so much we don’t know, and the character has been deliberately evasive, with others including Galadriel coming to their own conclusions as to his identity, but audiences aren’t so convinced.

The showrunners have given us multiple teases about the character that have left fans wondering. To start with, why was he in the middle of the sea? What led him there? His desire to work in the forge in Númenor also raised some eyebrows, as Sauron would need a forge to carry out his work. However, it was in the most recent episode that some really started to scrutinize Halbrand, specifically his interaction with Adar, with the two exchanging enigmatic words over his identity.

This OP on Reddit thinks that all these little hints and teases are the showrunners deliberately trying to give us the runaround, trying to force viewers to make their own conclusions – proving just how easy it is to be deceived.

This user points out one of the very first lines the character utters, which sets the tone for his entire character throughout the series so far.

Despite being asked about his identity, Halbrand has hardly been forthcoming, leaving other characters and the audience to fill in the blanks.

One user points out that a similar thing happened with Aragorn, and the two do have many similarities (if he is the King of the Southlands that is).

Though many think those that believe these rumors are only a “small sub-set,” the writing deliberately made him an enigma.

The last episode at least made some fans feel more validated in their views with that odd interaction between Adar and Halbrand.

This user thinks someone could come forward as Sauron this season and then there could be more identity shenanigans in the next season.

The topic is a hotly debated one, but as the below post points out, until we know, we don’t know.

The show has really started ratcheting up the pace, with the last sensational episode finally fulfilling people’s desire for something a little more “explosive” as it were. Many are sure that Sauron will be revealed at the end of this season, and we have two more episodes to see if that will be the case.