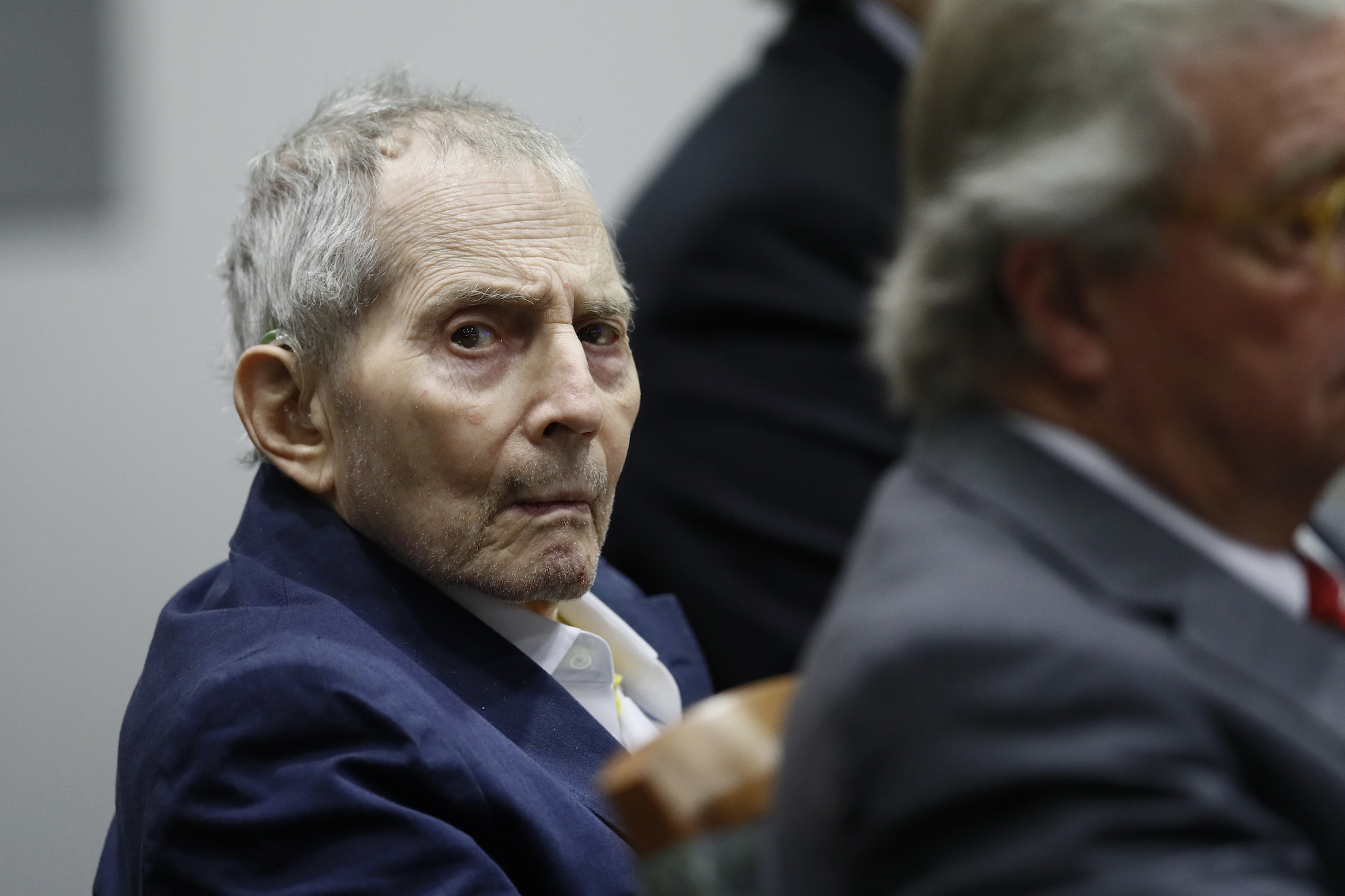 Robert Durst, the notorious real estate fortune scion and convicted murderer, has died in prison just under three months since being found guilty of killing his best friend, Susan Berman.

The storied fugitive, who gained infamy following the 2015 HBO documentary miniseries, The Jinx, died in the state prison hospital facility in Stockton, CA, according to a statement made by his attorney to Associated Press. He was 78 year old.

Attorney Chip Lewis stated that Durst’s death was the result of natural causes stemming from a variety of ailments. Although Durst was found guilty of Berman’s death, the conviction is legally vacated under California law as Durst died while his case was still under appeal. Durst had been suffering from bladder cancer and his health further deteriorated during his trial for Berman’s murder. He was often in a wheelchair during the trial and later in the process would wear prison attire rather than a suit in court because his attorneys claimed he was unable to change.

Durst was the son of New York Real estate mogul Seymour Durst. Durst worked for his father in the Durst Organization but was passed over in favor of his younger brother and rival Douglas. He first met Berman, his long-time best friend, while briefly attending U.C.L.A. Berman would eventually go on to facilitate his alibi in the death of his wife, Kathleen McCormack Durst.

Durst met dental Hygienist Kathleen McCormack in 1971 and quickly proposed marriage. In 1982, during Kathleen’s final year of medical school, she disappeared following a bizarre and unexpected appearance at a friend’s dinner party. The friend, Gilberte Najimy, described her as seeming distressed and also noticed she was wearing a pair of red sweatpants as opposed to the much more refined clothes she tended to wear. She left the party following a phone call from Durst.

Durst claimed he had sent her into Manhattan by train, and that was the last time he had seen her. Eight years after her disappearance, he would divorce her on the grounds of abandonment. Durst was questioned by authorities and suspected by many in her disappearance though he never faced any trial regarding the matter.

Los Angeles prosecutors would later prove that Durst’s motivation in killing Berman was to silence her, knowing that she had provided alibis for him regarding his wife’s disappearance. Berman was found shot execution-style in her Los Angeles home on December 24th of 2000. Durst would later state in a 2005 deposition that Berman had contacted him shortly before her death to tell him LAPD wished to speak to her about McCormack’s disappearance.

Durst would later go into hiding after being alerted that the investigation had been reopened by his sister. He moved to Galveston, Texas, and disguised himself as a mute woman. L.A. Deputy D.A. John Lewin said that most jurors believed that Durst murdered and dismembered his elderly Galveston neighbor, Morris Black, after Black had discovered his true identity. Though Durst did go to trial for Black’s death, he was eventually acquitted due to a lack of forensic evidence.

Prior to the Berman trial, Durst allowed himself to be interviewed for The Jinx. Durst purportedly made several damning statements over the course of filming. These statements were later proven to be manipulated by the film’s producers. However, the production did unearth an envelope, which directed police to Berman’s home and had the word “CADAVER” printed on it, which connected Durst to the scene of the crime.

Although he denied he had written the envelope in the documentary, Durst’s lawyers would later admit that he had, and prosecutors would contend that it amounted to a confession. Durst would admit to the jury he had lied under oath and would likely do so again to avoid prison. According to Associated Press, Durst stated in court that “I did not kill Susan Berman. But if I had, I would lie about it.”