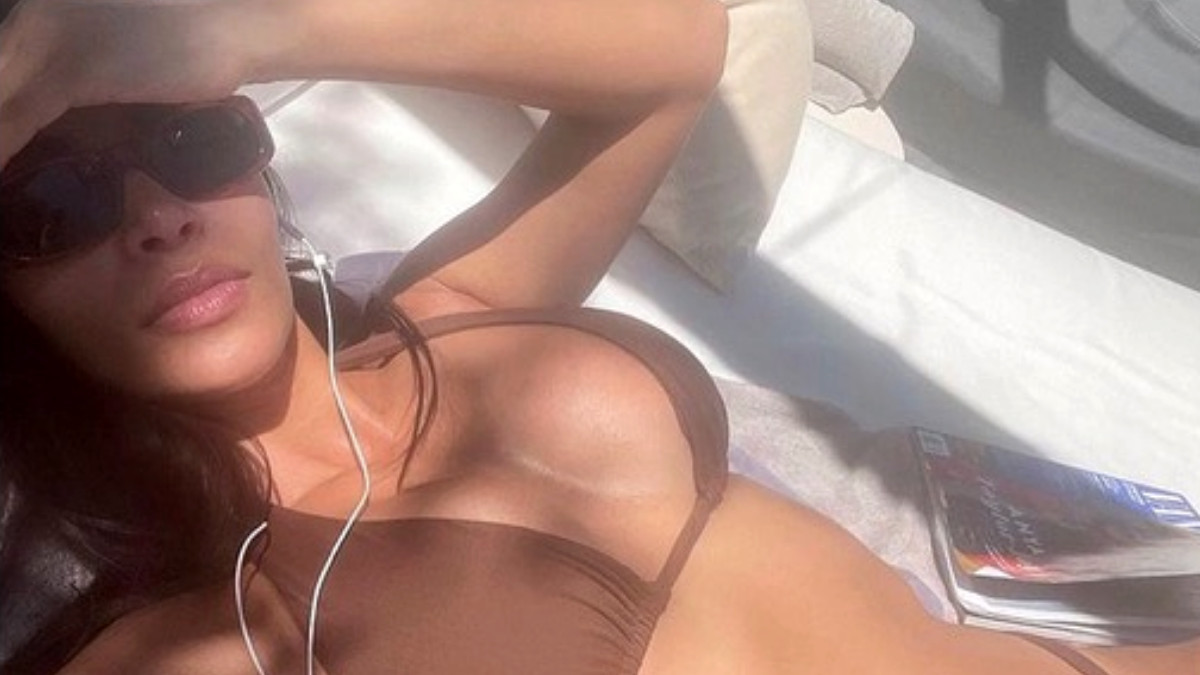 The Four Horsemen of the Apocalypse have yet to show up in 2022, but we do have on our hands a global pandemic, rapidly unfolding climate change disaster, democracy quite possibly breathing its last gasps, and finally, the unholy and cursed union of Pete Davidson and Kim Kardashian.

And somehow, the latter situation has been made even worse thanks to an unseemly remark by Kardashian’s sister’s ex-partner, Scott Disick.

See, Kardashian and Davidson are currently vacationing in the Bahamas (aforementioned pandemic be damned), while Kanye West’s latest romance with actress and model Julia Fox has been heating up. As Kardashian is wont to do, on Thursday, the 41-year-old posted a steamy snap from a beach lounge chair while wearing a brown string bikini. “Sweet sweet fantasy baby,” she captioned the photo in reference to Mariah Carey’s 1995 hit single.

Although Davidson isn’t in the photo, one would have to imagine he’s lankily lurking somewhere nearby, as the shadow would suggest. That seemed to be what Disick was referring to, anyway, when he commented on Kardashian’s snap, “Damn! Where’s the tripod!”

Tripod? You can clearly see her arm reaching out to take the selfi— ohhhhhhh. Yikes, OK. Let’s just go ahead and cue the TikTok “Oh No” song while we’re at it.

For the uninitiated, or anyone not getting a clear mental picture of what’s being insinuated here, Urban Dictionary defines “tripod” as “a man with a penis so big, it is interpreted as a third leg, hence [the] tripod.”

The subject of Davidson’s, uh, eggplant emoji has been a subject of fascination ever since his ex-fiancee Ariana Grande referred to the Saturday Night Live cast member being “like 10 inches,” in response to a fan who asked the singer how long her track of the same name was.

Yeah, we don’t want to think about it, either. But there’s got to be some reason wealthy and famous A-list women keep dating the guy. And from where Kardashian is coming from, there are certainly worse dudes to have a rebound with.