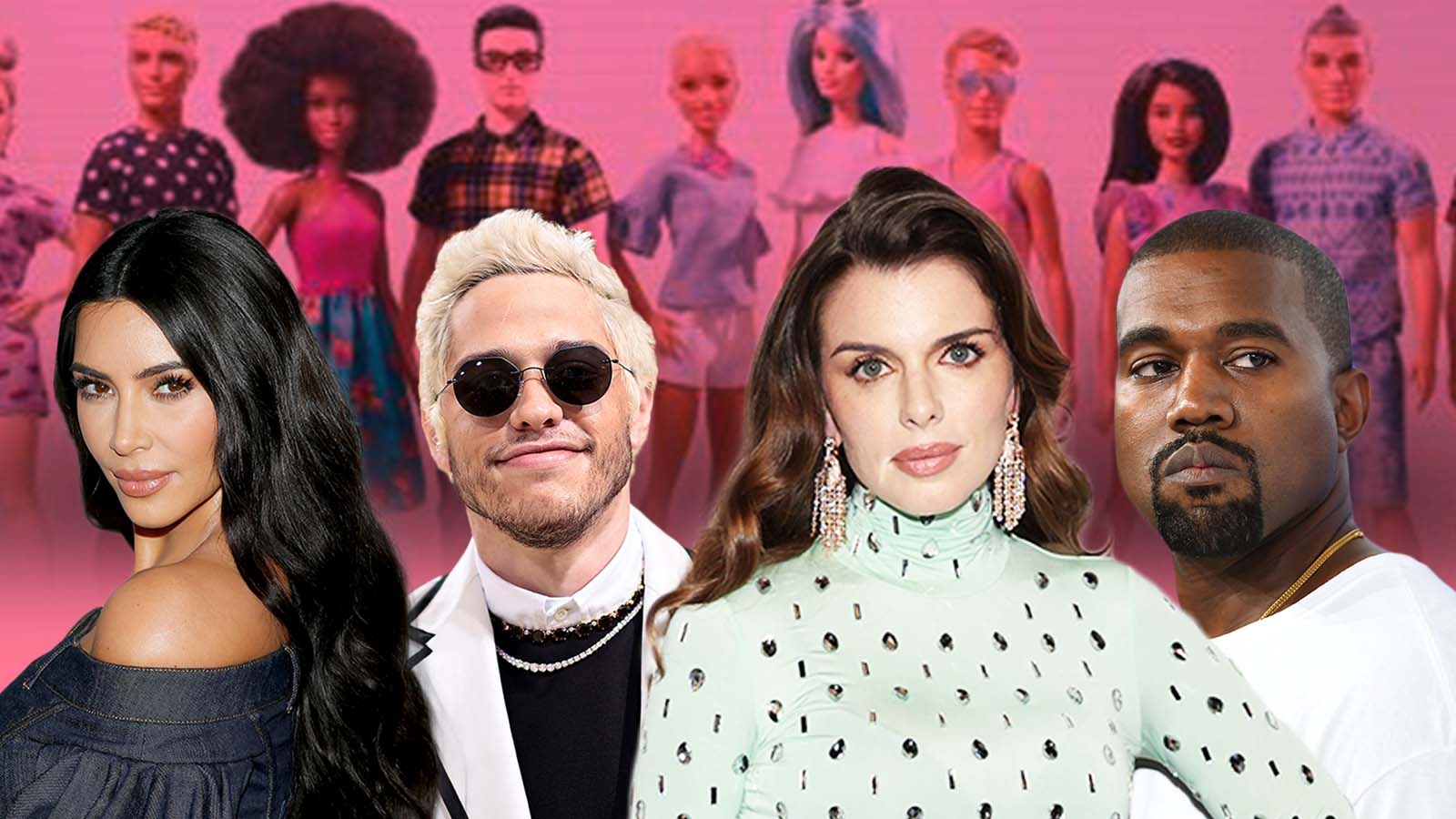 Just weeks after making a public plea for his estranged wife Kim Kardashian to take him back, Kanye West is reportedly dating actress and model Julia Fox, whom he was seen out with in Miami over the holiday weekend. Kardashian, of course, has allegedly been dating Saturday Night Live cast member Pete Davidson since late last year.

Fox recently put the father of her child, Peter Artemiev, on blast over the holidays in a series of Instagram stories alleging abuse and abandonment, which he has denied.

But because everything always seems to be weird and incestuous when it comes to the Kardashians and Kardashian-adjacent, the alleged new paramours of the former power couple also have a strange history together.

In Nov. 2019, when Davidson was well into his “big dick energy” phase, he was interviewed for a Paper Magazine cover story that featured a bizarre accompanying photoshoot depicting the Staten Island native as a Ken doll. But because what would Ken be without Barbie — Fox also appeared in that same shoot, which was edited to make them both look like a jumble of plastic doll parts thrown together.

That cover, coincidentally, was for the magazine’s annual Break the Internet issue, which started with…you guessed it, Kim K.

The following month, Fox would appear alongside Adam Sandler in the crime thriller Uncut Gems, but she was still relatively unknown at the time of the photoshoot.

There doesn’t seem to be any deeper meaning to Fox’s role in the photos, other than the fact that a cool female model was ostensibly needed for the shoot. But interestingly enough, TMZ points out that Fox is also from New York City, and that Uncut Gems was produced by Davidson’s friend Sebastian Bear-McClard (who is married to model Emily Ratajkowski who is friends with Kim Kardashian).

So it’s entirely possible that there was some sort of introduction or connection — or at the very least, confirmation that they both ran “in the same circles” back in the day.

Meanwhile, Paper seems to be doing a bit of a victory lap over the connection, since as we all remember, Kardashian was the first to “break the internet” for the publication with that notorious 2014 photoshoot featuring her shiny nude ass.

“These images tell a story. What that story is, I’m not exactly sure,” Paper posted on Instagram Wednesday afternoon, channeling just about all of us. “Drop your theories below.”

A week after Fox and West’s date at Carbone in Miami, the rumored couple dined together at Carbone in New York City and saw Slave Play on Broadway.

Kardashian and Davidson, meanwhile, are reportedly vacationing together in the Bahamas, a region that does not have a Carbone.

In good time, someday, it may all make sense!