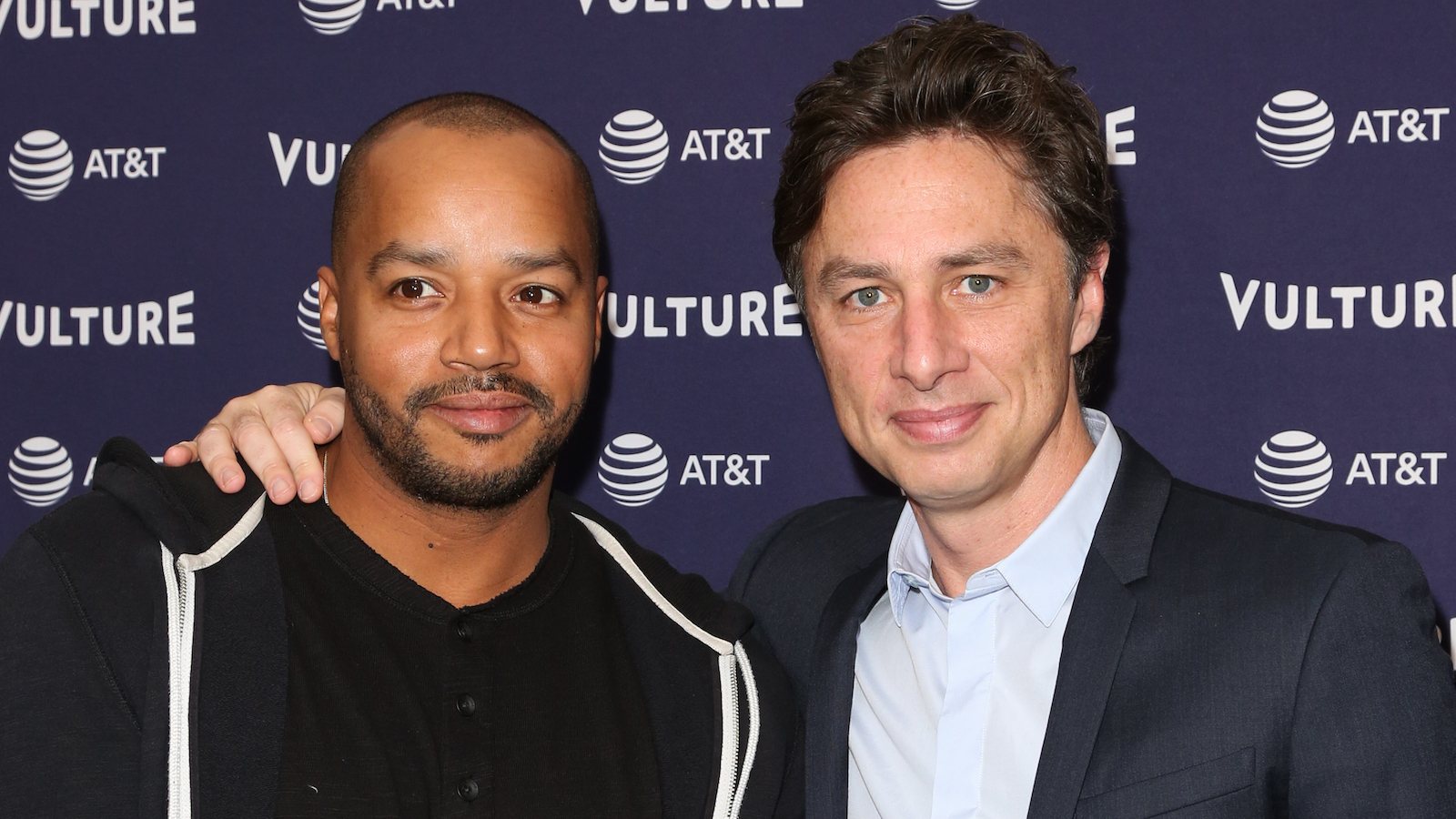 After nearly 12 years since the beloved sitcom left the air, the cast of Scrubs is scheduled to reunite on a recently announced panel at the ATX Television Festival.

According to the Hollywood Reporter, Zach Braff, Donald Faison, Sarah Chalke, John C. McGinley, Judy Reyes, Neil Flynn, and Christa Miller are all confirmed to appear in Austin, Texas, this summer. No word on if Scrubs creator and Ted Lasso co-creator Bill Lawrence will join them.

Scrubs was a half-hour medical comedy sitcom that debuted on NBC in 2001 for seven seasons before ABC picked it up for an additional two seasons.

The series followed J.D. (Braff) and his two best friends, Turk (Faison) and Elliot (Chalke), as they each navigated life as medical interns at Sacred Heart Hospital. McGinley played the trio’s hard-nosed instructor, with Flynn playing the hospitals’ wacky janitor (and J.D.’s nemesis).

During its nine-season run, Scrubs received 17 Emmy nominations (with two wins), a Peabody Award, and 3 Humanitas Prizes. The critically acclaimed NBC show famously ended in 2008 with a finale that wrapped up the show’s storylines but was then brought back a year later on ABC and canceled soon after.

The cast was previously scheduled to appear at the 10-year anniversary of the series finale back in 2020, but the ATX Festival was postponed due to the pandemic. Instead, the Scrubs panel will be set alongside a Parenthood reunion and a Justified creative team reunion.

It is sure to be exciting to see everyone’s favorite bromance, Braff and Faison, back together again. The former co-stars have stayed close and co-host the Scrubs recap podcast Fake Doctors, Real Friends.