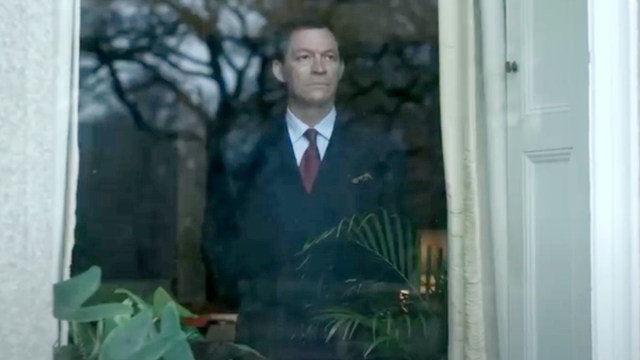 Netflix released the trailer for season five of The Crown on Thursday, which will delve into some of the more salacious scandals of the royal family in the ’90s. Namely, the escalating tensions between Charles III and Princess Diana, and the infidelity that led to the couple’s divorce.

But it was the affair between Charles and his now-wife, Camilla Parker Bowles, that really set the tabloids afire. And in 1993, the royals were further rocked by scandal when a private phone call between Charles and Camilla dating back to 1989 was leaked to the press. At one point in the six-minute conversation, which became to be known as “Tampongate,” Charles essentially told Camilla that he would like to live inside her “trousers” and be reincarnated as a tampon.

No, really! Below is the transcript of exactly what was said between the two:

Charles: Oh, God. I’ll just live inside your trousers or something. It would be much easier!

Charles: Or, God forbid, a Tampax. Just my luck! [Laughs]

Camilla: You are a complete idiot! [Laughs] Oh, what a wonderful idea

With sexual chemistry like that, it’s abundantly clear why they’re still together to this day.

At any rate, The Crown was not able to work that mortifying tidbit in before now, because as Vanity Fair pointed out this week, actor Josh O’Connor, who portrayed Charles in seasons three and 4four absolutely refused. “When they offered me the role, one of my first questions was — I say questions, I think it was pretty much a statement — ‘We are not doing the tampon phone call,’ O’Connor told SirusXM’s EW Live in May of 2020.

However, going forward into the fifth and sixth seasons the future king will be played by The Wire actor Dominic West, who isn’t getting out of Tampongate so easily, as he recently dished to Entertainment Weekly.

“I remember thinking it was something so sordid and deeply, deeply embarrassing [at the time],” he told Entertainment Weekly of the conversation. “Looking back on it, and having to play it, what you’re conscious of is that the blame was not with these two people, two lovers, who were having a private conversation. What’s really [clear now] is how invasive and disgusting was the press’s attention to it, that they printed it out verbatim and you could call a number and listen to the actual tape.”

West, who has been entangled in a dating-related controversy of his own, continued: “I think it made me extremely sympathetic towards the two of them and what they’d gone through.”

Be that as it may, good luck to West with playing off lines such as “I’ll just live inside your trousers” as anything but cringey and hilarious.

Either way, we’ll find out soon enough when season five of The Crown premieres on Netflix on Nov. 9. In the meantime, you can watch the trailer below.