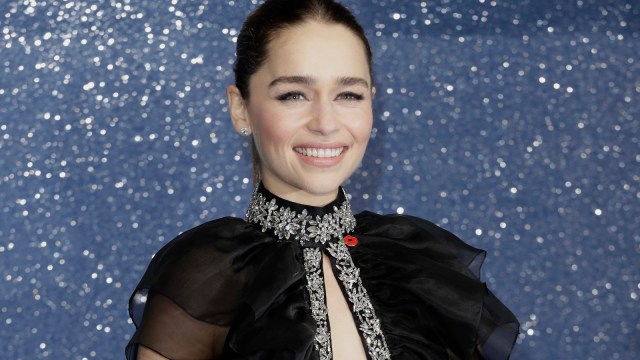 Marvel Studios is having a horrendous time with leaks at the moment, with today’s major Secret Invasion bombshell marking the third day in a row that one of the studio’s major projects has seen sensitive information make its way online ahead of time.

First it was the teaser trailer for Ant-Man and the Wasp: Quantumania, and then it was the maiden promo for James Gunn’s Guardians of the Galaxy Holiday Special, and now it appears as though we can confirm exactly who Game of Thrones veteran Clarke is playing in the mysterious Disney Plus espionage thriller.

To be fair, it’s not going to be all that much of a shock given that it’s one of the several front-runners to have been speculated ever since she joined the series, but a GIF from the official Secret Invasion account on Tenor (per One Take News) has been uploaded under the name “It’s The Beginning Abigail Brand”, which seems to be pretty definitive.

While a lot of folks have been convinced for a long time that Clarke was indeed set to debut as Brand, that doesn’t make it any less intriguing or exciting. In the comic books, she’s the person in charge of S.W.O.R.D., the offshoot of S.H.I.E.L.D. that factored heavily into WandaVision, which marked the organization’s first major contributions to the MCU.

Given that Secret Invasion places Nick Fury front-and-center as he tries to unravel a cosmic conspiracy, it makes sense that Brand would be introduced as either a friend, foe, ally, or combination of the three. If the franchise is taking its cues from the printed page as it tends to do, then we can expect Clarke’s Brand to have a huge impact on the entirety of the mythology moving forward.