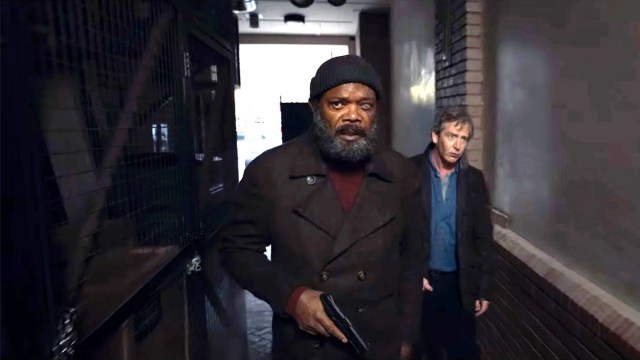 As we’ve been conditioned to expect from Kevin Feige and his team any time they roll up to a major event, the Marvel Cinematic Universe came out all guns blazing at yesterday’s D23 Expo, unleashing a tidal wave of major updates that have cleared up many lingering questions we had for Phases Four and Five. One of the biggest talking points had nothing to do with superheroes, though, with the first Secret Invasion trailer teasing a political conspiracy thriller that puts Nick Fury front and center for the first time.

The footage promised no shortage of intrigue and atmosphere, with the head of S.H.I.E.L.D. and initial assembler of the Avengers returning to Earth in order to uncover an intergalactic conspiracy that finds the Skrulls mounting a surreptitious takeover. It looks intense, complex, and packed full of mystery, and there wasn’t even a shred of spandex to be found.

Plenty of theories have already been making the rounds about the plot already, especially when Secret Invasion has been confirmed to lead directly into both The Marvels and Armor Wars, but Redditors have been ignoring the speculation to praise the Disney Plus event for turning its back on costumed crimefighters to tell a different sort of MCU story.

It would have been all to easy for Marvel to lean on surprise guests, cameo appearances, and blockbuster action sequences to drive Secret Invasion, especially when Fury has a direct line to almost every notable hero in the entire 616 universe, but the possibilities that come with having Samuel L. Jackson lean into his gravitas to drive a conspiratorial comic book adaptation are nothing short of mouthwatering .