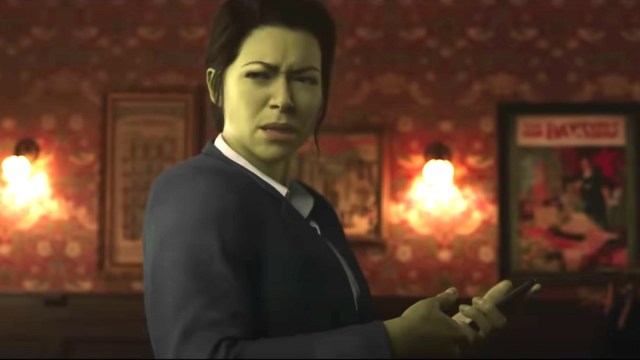 She-Hulk: Attorney at Law unveiled its first trailer earlier this year, giving us our first look at Tatiana Maslany as the Hulkified Jennifer Walters. It’s safe to say Marvel Studios didn’t get the response it was hoping for, with the fully CGI She-Hulk widely criticized as being unrealistic and comparable to Shrek.

A couple of excuses followed, ranging from the YouTube compression algorithm making the VFX look worse, to the simple fact that they’re not quite finished. Well, with the show premiering tomorrow on Disney Plus, we’ll be able to decide for ourselves. Having said that, whatever the end result is, there’s no denying Marvel Studios’ hard-working VFX teams have put in the effort.

A new interview with director Kat Coiro in Screen Rant details the design process behind She-Hulk and how much care they took in getting her look just right:

“Developing the look of She-Hulk was a months-long process. We discussed strength more than aesthetics, and the big challenge was the Hulk is this monster, he doesn’t fit into the human world, he is an outlier. She is a modern woman who goes on dates, works in an office, has friends, and has dinner with her family, so we had to make sure she was human proportions.”

She also said they hired a tall actor simply to act as a visual reference while deciding how She-Hulk’s body should look:

“We had an actress, a stand-in who was 6’7 with us at all times, and we would ask her to walk across the room so we could see what her stride was, and we leaned on her a lot. In terms of musculature, we wanted to create her own look as opposed to just being a mini version of He-Hulk. We based her on Olympian athletes and Misty Copeland, and these women who stand in incredible power but aren’t necessarily bodybuilders.”

The proof, as always, will be in the pudding. More than most Marvel Disney Plus shows, She-Hulk: Attorney at Law will be carefully scrutinized for VFX flaws. That may be a little unfair, as most shows wouldn’t be so ambitious as to have a human-looking entirely CGI lead character. But hey, Disney has essentially infinite resources, so technically there’s no reason for them to cut any corners.

Our hope is that She-Hulk looks a little strange at first, then becomes completely natural to the point we forget she’s CGI at all. Green fingers crossed.