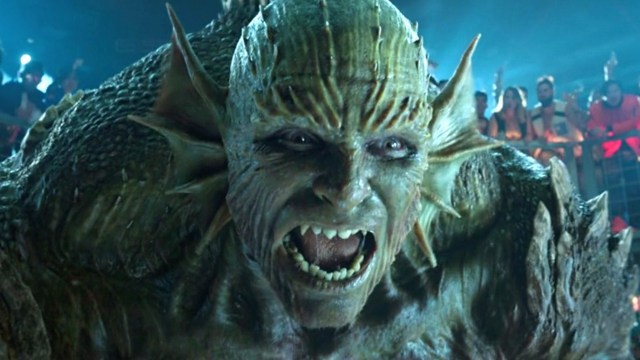 A new promo for She-Hulk: Attorney at Law is featuring a heavy dose of Tim Roth’s Emil Blonsky, AKA Abomination, but rather light on any indication from a certain fan-favorite cameo that has been agonizingly teased in the past.

The official Twitter account for Marvel Studios teased the Disney Plus Marvel show with a “previously on” promo for the next episode of She-Hulk, which is slated to air on Thursday.

Though there is no new footage in the promo, it nevertheless has presumably set up plot points that will be further expounded upon, including the aforementioned Abomination playing some kind of role in the episode, as well as an apparent bounty on the head of Tatiana Maslany’s Jennifer Walters, AKA She-Hulk, and perhaps more scenes with Trevor Salter’s Josh, the wedding guest who was seemingly hitting on Jennifer in the last episode.

But in the comments section of the Twitter post, it was overwhelmingly clear the one cameo tease fans have been clamoring for, Charlie Cox’s Matt Murdock, AKA Daredevil, was nowhere to be seen.

“You know what to do tomorrow,” one fan wrote while sharing a picture of the Man Without Fear that we’ve seen in She-Hulk‘s previous promotional material.

Another commentator was convinced that since the promo had no apparent nod to Daredevil, whose yellow helmet we’ve seen in a brief scene in a previous episode, it most likely means Thursday’s episode won’t feature him.

“Usually when a character or character tease is included in a recap, it almost guarantees they’re appearance for the week’s episode. So most likely no DD in tomorrow’s episode.”

“Somebody let me know if he shows up,” another Twitter user wrote while sharing a GIF of a cute puppy in a Daredevil mask.

A classic SpongeBob SquarePants meme was the only way one commentator could sum up where the real hype for She-Hulk has come from all along.

We’ll all collectively find out together if the Devil of Hell’s Kitchen makes his way to La La Land after all when the latest episode of She-Hulk: Attorney at Law premieres on Disney Plus on Thursday, Sept. 29.